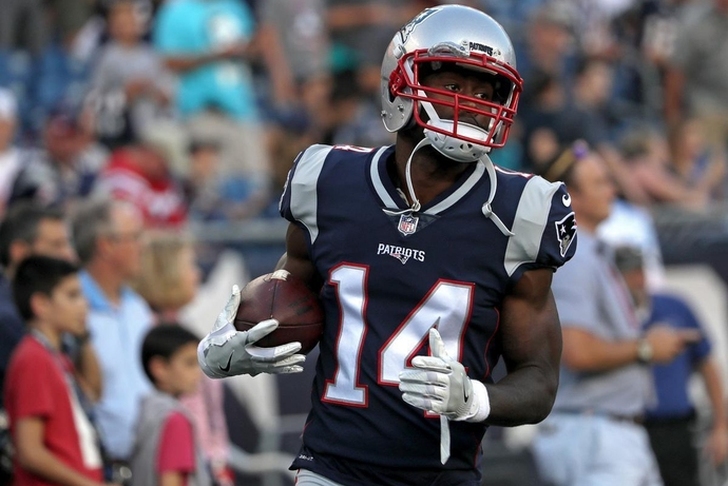 Week 1 was an ugly Week of football, in fact, there were 30 fewer touchdowns scored in Week 1 of 2017 than Week 1 of 2016. That's a lot of touchdowns especially when thinking about how the Chiefs scored basically 20 touchdowns against the Patriots. The main goal of this article is to help you out with difficult lineup decisions. I am not going to tell you to start Aaron Rodgers because that's obvious. So to outline exactly what a "Stud" and "Dud" is read below.

Stud: A player who outperforms their weekly expectations.

Dud: A player who will not reach their weekly expectations.

If that is too confusing for you please turn off the Orb of Confusion.

So let's dive into Week 2 Studs and Duds.

Stud of the Week: Philip Rivers vs MIA
The passing yards weren't great with only 192 but throwing for three touchdowns in Denver is not an easy task. The Dolphins this preseason didn't defend the pass well and the Chargers have a great offense. I expect Rivers to throw the ball a ton in this matchup making him a top five quarterback in Week 2 for me.

Dud of the Week: Andy Dalton vs HOU
So Andy Dalton struggles in the playoffs, against division teams and night games. Throughout his career, he hasn't been able to play when the lights are the brightest. On a short week against a very good Texans defense, this smells like a bad game for Dalton. The Texans have the front seven to get after the quarterback and the Bengals offensive line showed their true colors this past week against the Ravens.

Stud of the Week: Ty Montgomery @ ATL
The Falcons gave up the most receptions to running backs in 2016 and it doesn't seem like they improved much in this department in 2017. Tarik Cohen of the Bears had eight receptions for 47 yards and one touchdown against the Falcons in Week 1. Montgomery is a running back now but started the season in 2016 as a wide receiver. He has great hands and I expect this game to be high scoring. Montgomery will see plenty of targets in Week 2.

Dud of the Week: Carlos Hyde @SEA
I truly believe the Seahawks have the best defense in the NFL. Holding Aaron Rodgers and the Packers to only 17 points at home plus intercepting him for a touchdown should highlight how great this defense is. Of their 11 starters, eight have been to a Pro Bowl which is insane. The 49ers offense struggled against the Panthers and I wouldn't be surprised to see another game with less than 10 points for them. Offenses tend to struggle in the first year of the Shannahan offensive scheme due to its complexity.

Stud of the Week: Brandin Cooks @ NO
Sweet, sweet revenge game for Cooks against his former team. Cooks is a stud on turf and in a dome. He plays a bad Saints defense that I imagine he knows very well. I see the Patriots making a statement game and throwing plenty of targets towards Cooks. He will be a very chalky play in DFS but I don't care I think he goes bananas this week. Am I the only person who sings Gwen Stafani's song when spelling Bananas? Heck, the song even has a football reference in it, perfect fit.

Dud of the Week: Dez Bryant @ DEN
Bryant goes from the Giants last week to the Broncos this week. I'm not sure there is a wide receiver in the NFL who has a more difficult slate of games than Bryant this season. The Broncos are great against wide receivers and did give up three passing touchdowns last week but two of them were in garbage time and the touchdowns were more to blame on the offense than the defense. The Broncos cornerbacks are physical and will take Bryant out of this game. I know it's hard to sit him but I would be surprised if he was a top 24 wide receiver in Week 2.

Stud of the Week: Jimmy Graham vs SF
Jimmy Graham and the entire Seahawks offense was bad against the Packers. This is a new week and since joining, the Seahawks Graham's numbers have been much better at home than on the road. Graham is the Ben Roethlisberger of tight ends when looking at home and road splits. Last season had six touchdowns at home and zero on the road. So he scored a touchdown in 75 percent of home games a season ago. I will take those odds this week.

Dud of the Week: Jack Doyle vs ARI
The Cardinals are the best team in the NFL at stopping tight ends. Period. Last season they gave up on average three catches for 26 yards a game to tight ends. They held Eric Ebron to only two catches for nine yards last week and I would expect a similar stat-line from Doyle in Week 2. A horrible matchup combined with a team that is a total dumpster fire at the moment. I actually said they were the worst team in the NFL in my Week 2 NFL Power Rankings Article.

Fingers crossed for a better week in the NFL. Please tweet at me and let me know how your teams are doing and don't be afraid to ask me any question you please on twitter.