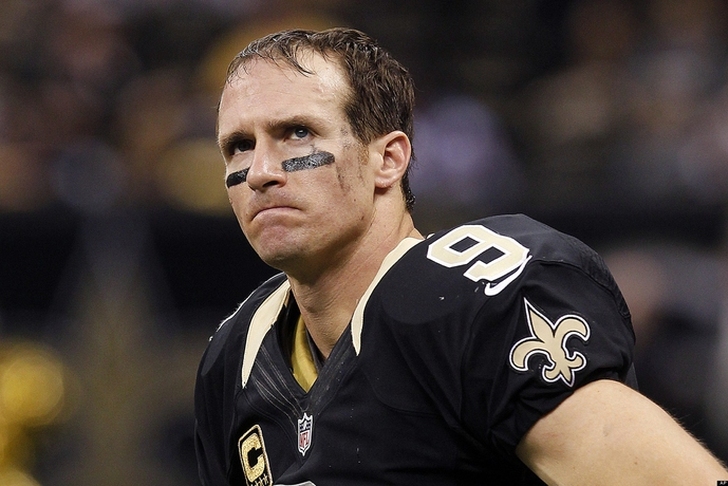 The third week of the fantasy football season is already underway after the New York Giants defeated the Washington Redskins. Odell Beckham and Eli Manning both played well. Both Redskins RBs struggled and those who played Matt Jones went from saying "I'm glad I started him," to cussing at the TV in a matter of seconds. Before your lineup is set for Sunday's game, here are the latest fantasy football rumors and news entering Week 3.

Brees is out for Week 3, which affects the fantasy stock of several players. Brandin Cooks is now a low-end WR2 at best and Marques Colston is an obvious sit (not that you were playing him in most leagues anyway). Mark Ingram should get more carries, but the tradeoff is the Panthers will focus on stopping the run and daring Luke McCown to beat them. Still, Ingram is worth starting.

Lynch is a game-time decision this week. I'd be surprised if he didn't play, but have a backup ready just in case. Ideally, that's Fred Jackson.

McCoy practiced Thursday and Friday, so he'll play this weekend. Hamstring issues are always worrisome, but McCoy needs to be in your lineup.

Hopkins is probable now, which means he's in your fantasy lineup this week. Still, be sure to check his status before kickoff. Arian Foster is out again this week.

Lacy and WR Davante Adams are nursing ankle injuries. They should play this week, but could be limited. If Lacy is active, he's a must-start. However, it's a Monday night game, so be cautious with both. Adams might be best left on your bench.

It looks like Murray will play in Week 3. For the sake of his fantasy owners, hopefully he plays well and actually picks up running yards.

Miller is questionable with an ankle injury. That, coupled with his ineffectiveness, means he should be left on your bench.

Evans will play again this week, although it's unclear if he'll be anything more than a decoy.

With Tony Romo, expect Dallas to run the ball more. Randle will get the bulk of those carries, but that also means defenses will key on him. There is some risk-reward with Randle. TE Jason Witten will play, because he never misses games, but he could be limited. WR Terrance Williams' value went up with Dez Bryant's injury and then back down with Romo's.

Stafford will play, despite taking a beat so far this season. However, his matchup is awful and should probably be left on your bench.

Both Ivory and WR Eric Decker are questionable. If you want to play them, be careful and check their status.

Coleman is a no-go for Week 3, meaning Devonta Freeman is the starter. Freeman will get almost all of the carries, and he's worthy of a low-end RB2 or flex play this week.

Allen is out, meaning Coby Fleener is the #1 TE this week. Still, Fleener is just outside the Top 10 TEs this week.

Green is still having headaches, so it would be a surprise to see him play this week.

Unsure who to start this week? Check out our Start 'em Sit 'em.