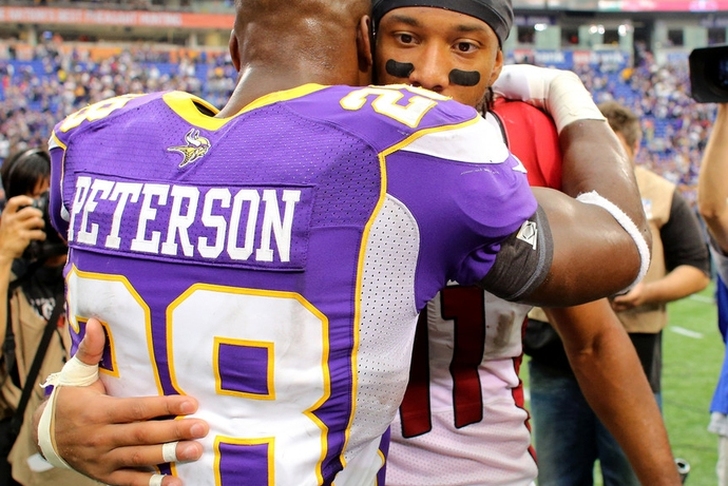 Will this bring value to Adrian Peterson and the Arizona Cardinals rushing attack? The Cardinals have been struggling to run the ball since losing David Johnson. They are averaging only 20 rush attempts a game this season. This is tied for the fewest in the NFL with the  New York Giants.

The question that obviously comes with this move is how will it impact fantasy football. Let me know your thoughts on twitter @MitchellRenz365. Describe Adrian Peterson's fantasy value in ONE word at the tweet below.

With ONE word describe the value of Adrian Peterson in #FantasyFootball for the rest of the season. #AP #AdrianPeterson #Cardinals pic.twitter.com/lKrXSFntqN

You May Also Like: Adrian Peterson Traded the Arizona Cardinals

I expect Peterson to get more work in Arizona than he was getting with the New Orleans Saints. He has only 27 carries for 81 yards with the Saints but I think he might be the best running back on the Cardinals. The top rusher for the Cardinals this season is Chris Johnson who has only 114 rushing yards and the Cardinals as a team are averaging only 2.6 YPC which is far from good.

If Peterson can see 10 carries a game he will have value. With the way that injuries have impacted this season, a running back who will get 10 plus touches is something to invest in. If Peterson is on the waiver wire I think he is worth picking up. To hear a more in-depth response to Peterson's fantasy value LIKE NFL by Chat Sports on Facebook to be notified when the NFL Daily goes live at 6 p.m. ET.

Today Tom Downey and Mitchell Renz will break down the Adrian Peterson situation and the impact on fantasy football on NFL by Chat Sports.