Fantasy Football Final: Everything You Need To Know From Week 6's Action 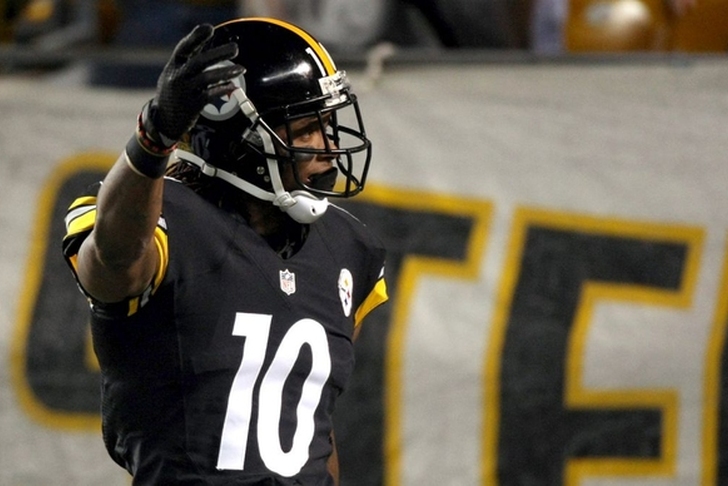 The vast majority of the Week 6 games are over, and I'm here to recap what happened in the world of fantasy football. I'm not going to list everyone's individual stats. That's something you probably already know or can easily look up. Instead, I'm going to give you one note from every team and what it means to you fantasy team going forward. So, here's everything you need to know from Week 6's action.

Mark Ingram isn't a buy just yet. He scored two TDs on Sunday, but he's only scored TDs in three of New Orleans' six games and has only eclipsed 57 yards rushing once.

Devonta Freeman is a high-end RB1 if you haven't been paying attention. This is now four-straight games with 32 points or more in PPR leagues. Just unreal.

Andy Dalton is a legit QB1 and that's not changing anytime soon. He passed for just 243 yards on Sunday, but he had three scores to up his season total to 14 against just two picks.

EJ Manuel will be a depth QB2 if Rex Ryan decides to expand his rushing role after a six-carry performance (22 yards) on Sunday.

Martavis Bryant is BACK and he's still unowned in 20% of ESPN Fantasy leagues. If you're in one of those, line up on the waiver wire and steal him. His 31-point fireworks show on Sunday is the work of a WR2.

We need to see more of Andre Ellington in the offense for him to be more than a deep bench guy. He had just one carry on Sunday, but he did a little PPR damage with two catches for 77 yards.

Just sell Peyton Manning high to someone who values his name over his actual stat line this year. His three picks on Sunday makes ten on the year and puts him on pace for 27 in 2015 -- one less than his career high of 28 back in his rookie year.

WR Travis Benjamin has eclipsed 13.9 PPR points in three-straight games. He's a legit flex play with the targets he's getting from Josh McCown.

Matthew Stafford's 405-yard game is an anomaly. Keep him benched, especially seeing that he just tore up a Bears secondary full of holes.

Matt Forte had five targets from Jay Cutler -- 4th most on the Bears on Sunday. He keeps scoring points in both PPR and standard formats, so don't overreact to him rushing for just 69 yards on Sunday.

Adrian Peterson's 60-yard off day is not cause for concern. Kansas City game-planned excellently to contain him both between the tackles and around the edge. He'll get his.

Charcandrick West did absolutely nothing to warrant any excitement as Jamaal Charles' replacement. He rushed for just 33 yards, fumbled and generally looked lost at sea all day long. Stay away.

Ryan Tannehill remains a relative disappointment. He's a QB2 who remains a liability with multiple interceptions in three straight games.

Marcus Mariota's hot fantasy start has come to an abrupt halt the past two weeks. The rookie QB has posted just 13 fantasy points the past two games, including just four against Miami. He averaged 19 per game in the team's first three. Bench him for now.

Chris Ivory is a fantasy stud and an easy RB2 call. He just posted 146 yards and a TD on the Redskins run defense -- one of the better run D's in the league.

Stay away from Washington's running backs. They continue to do nothing of note, especially today after gaining just 34 combined yards on 17 carries.

Hold your horses on Jaguars TE Julius Thomas. He worked his way back into the offense with a seven-catch, 78-yard, 1-TD performance on Sunday, but that's a small sample size against a suddenly spotty Houston secondary. Sell high this week if you can.

Julius Thomas broke out on Sunday for 20-plus points in PPR, but we still need time to properly assess his value.

Cam Newton's stat lines aren't the prettiest, but he continues to score multiple TDs while doing damage both through the air and on the ground. Keep playing him. He's got bigger games in him.

Russell Wilson continues to provide back-end QB1 value. He's posted 15 fantasy points in every game except one as he continues to do enough with his legs to justify a middle-round draft slot.

Philip Rivers will be a stat machine, regardless of whether or not the running game starts to step up. His 500-plus yard outing came on 65 passes -- a direct result of just how little San Diego trusts its ground game.

Torrey Smith continues to vex. He had a home run TD catch on Sunday, but we still can't predict when exactly those are going to come about.

Justin Forsett wasn't explosive with his ankle at around 80%, but he'll be back in RB2 form very soon.