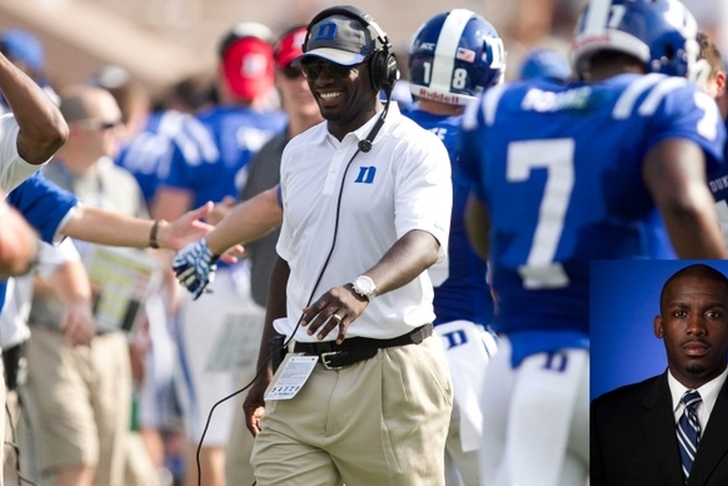 Replacing the fired Ruffin McNeill, the 37-year-old Montgomery will officially begin his tenure on January 1st. Contract details haven't been disclosed as of this writing.

"As we worked through the entire search process, it became overwhelmingly clear that Scottie Montgomery possesses every attribute necessary to put our football program in a position to win championships and graduate our student-athletes," Jeff Compher said in his statement.

Ruffin McNeill was fired after posting a 5-7 record in East Carolina's second year in the American Athletic Conference. The reasoning given by Compher ten days ago was that the program was looking for a"a fierce competitor who will lead our football program to championships, while equally demanding academic success." McNeill was 42-34 with East Carolina with one bowl win to his credit.

Montgomery has never been a head coach before, but he does have varied and extensive coaching experience. A former all-ACC receiver who led Duke in receiving yardage from 1997-99, Montgomery has two coaching stints at Duke and a three-year stay with the Pittsburgh Steelers as their receivers coach (2010-12) on his resume.