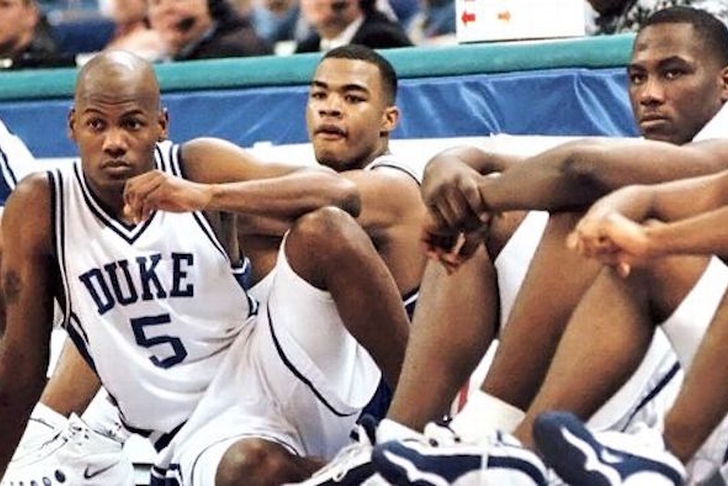 The Duke Blue Devils have the highest winning percentage in NCAA Tournament history, and have etched themselves in March Madness lore. However, they've also had several great teams fall short of the ultimate prize. Here are the best Duke teams that didn't win a national championship:

This team contained a boatload of future NBA players (Chris Duhon, J.J. Redick, Sheldon Williams, and Luol Deng) and were the favorites to win the national championship, but they blew a seven-point lead to Connecticut in the Final Four with three minutes left and lost by one point.

Duke's first great team under Coach K was led by Johnny Dawkins, Mark Alarie, and Tommy Amaker, who helped carry the Blue Devils to a 37-win season. They lost to Louisville in the national championship game, but it served as the start of Duke's late-80's, early-90's dynasty.

Coach K has been to more NCAA Tournaments than any coach in college basketball history, yet 1999 was the first time he entered the tournament with a team that only had one loss. Elton Brand, Trajan Langdon, and Corey Maggette led a Blue Devils team that absolutely dominated their opponents all season, but were upset by UConn in the national championship game.