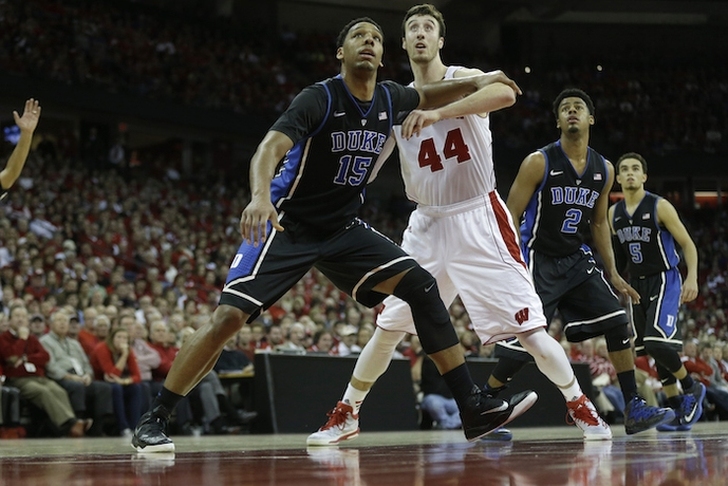 The Wisconsin Badgers ended Kentucky's perfect season in the Final Four to advance to the national championship game, while the Duke Blue Devils blew out Michigan State. Duke beat Wisconsin on December 3rd in Madison as part of the ACC/Big Ten Challenge, but both teams have progressed a lot since then. Who will be celebrating at the end of the night?

What to watch for:
Jahlil Okafor vs. Frank Kaminsky 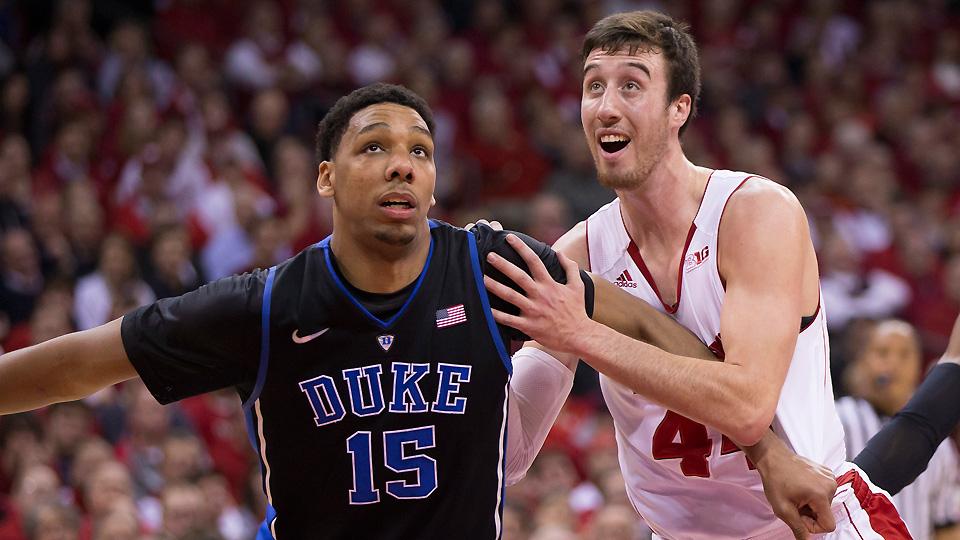 These two big men are the favorites to win the Wooden Award as national player of the year, though they play very different styles. Okafor has a fully developed post game, quick feet, soft hands, and runs the floor well, while Kaminsky has range that stretches all the way to the three-point line and likes to attack his defender off the dribble. Both teams run their offense through their respective stars, so whoever is more effective will give their side a major advantage.

Which Tyus Jones will show up? 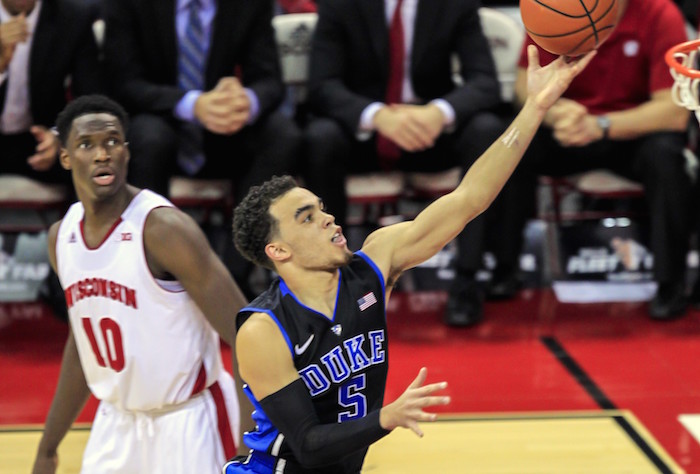 Jones has showed an incredible amount of poise for a freshman point guard, and his breakout game (22 pts, 6 rebs, 4 asts) came in Duke's victory over Wisconsin early in the season. He was able to get into the lane whenever he wanted to make plays for himself and others, and Wisconsin couldn't stop him. Jones has faded away in a few games this season, but if he can play like that unstoppable force he was in their first matchup, the Blue Devils will in this game.

This game is a true toss up, but while Wisconsin has more experience, Duke has more talent and versatility. I expect Okafor to make an impact early, and then Tyus Jones will control the game and make enough key plays down the stretch for Duke to hold off a late Wisconsin rally.