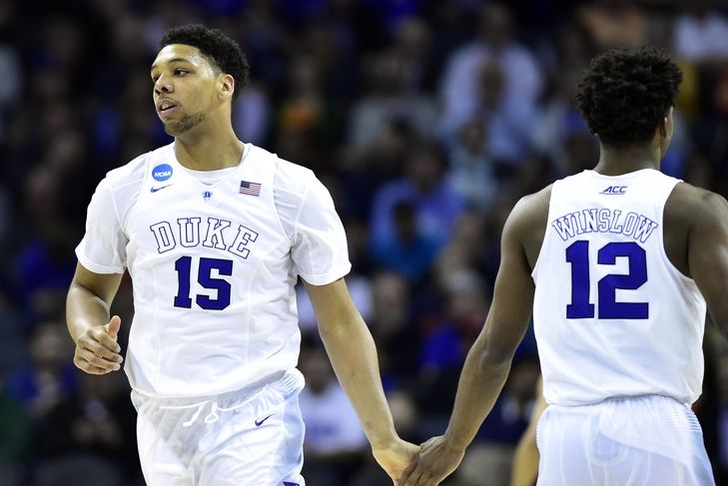 Okafor has a fully developed post game, quick feet, soft hands, and runs the floor well. He has also developed into a solid defender at Duke, and he seems destined to be the next great NBA big man. The Blue Devils run their offense through him, and no one has been able to stop him all year. However, Karnowski is one of the few guys in the country who are just as big as Okafor, and if he can give him problems in the post, Gonzaga has a good chance to win.

Duke’s four losses this season have come against teams with good guards that can break down a defense off the dribble and shoot from long range. Coach K’s patented man-to-man pressure defense has been exploited by efficient offenses, and that’s lead to Duke’s early round losses in two of the past three years (Lehigh in 2012, Mercer in 2014).

The Bulldogs have the most efficient offense in the country, leading the nation in field goal percentage (52.4 percent). Head coach Mark Few is one of the best coaches in the country, and his veteran squad has his offensive system down to a science. His system is designed to exploit mismatches and to get players in position where they can be most effective. They almost always get the shot they want and will pass up a good shot to get a great one.

If Gonzaga is able to win on the perimeter in this one, they'll win this game.

Gonzaga has relied on hot shooting throughout the NCAA Tournament, but Duke is a much more versatile team that can beat you in a multitude of ways. They'll have more success shutting the Bulldogs' offense down than the Zags will in shutting Duke's offense down, giving them a relatively easy win.