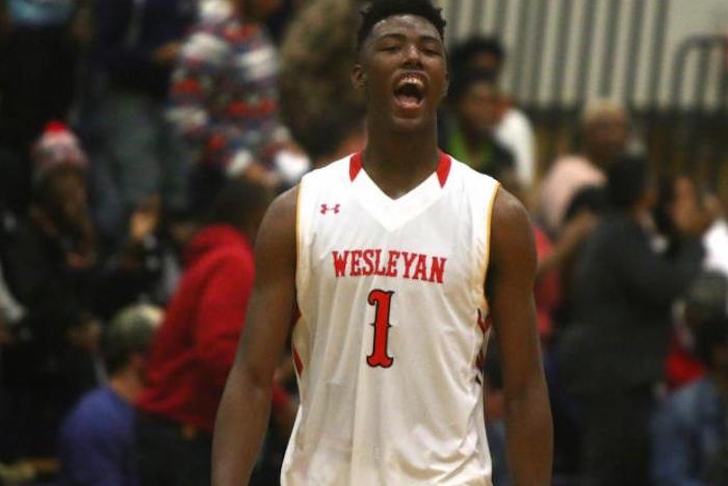 The Duke Blue Devils are the favorites to land five-star forward Harry Giles, according to 247sports.

The 6'10" Giles, who is ranked as the top overall prospect in the Class of 2016, announced his eight college finalists on Monday:

Giles won National Freshman of the Year, but missed all of his sophomore season due to injury. He has led Wesleyan Christian Academy (Winston-Salem, NC) to a 27-4 record this season in his junior year - they're ranked 17th in the country by the USA Today - and also led the United States U17 team to a gold medal in Dubai.

Giles is expected to say in-state, and 247sports says Duke is slight favorite to land him over North Carolina, with Wake Forest in a distant third.