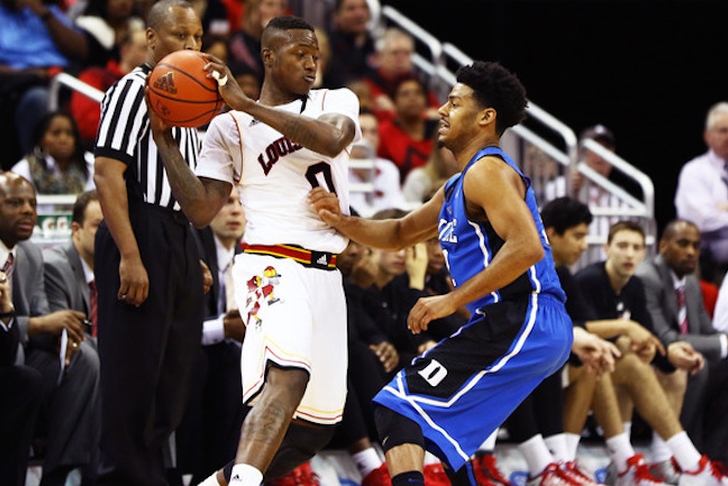 The biggest trademark of the Duke basketball program under Coach K is pressure man-to-man defense, but it was a 2-3 zone that proved to be the difference in the Blue Devils' win over Louisville on Saturday.

Duke had lost two games in a row heading into the showdown against the Cardinals, and needed something to spark them leading up to the game.

"Coach said a lot," Quinn Cook said about Krzyzewski’s in-practice message leading up to the game. "I haven’t seen him this intense in a long time. He’s always intense, but this week, even before we lost to NC State, after the Wake Forest game, practice was intense. He warned us we weren’t playing our best basketball."

The zone took advantage of Louisville's poor outside shooting, allowing Duke to get some of their confidence back.

Duke's next game is Monday night against the Pittsburgh Panthers at 7:00 p.m. on ESPN.