Duke Basketball News: Marshall Plumlee Will Be Sworn Into The U.S. Army On Friday 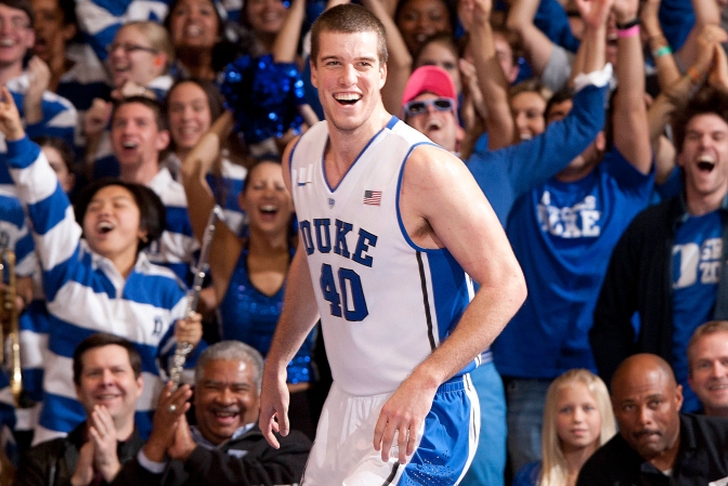 Duke Blue Devils center Marshall Plumlee will be sworn into the U.S. Army on Friday afternoon, according to the Duke Chronicle, effective upon his graduation.

Plumlee was a student in Duke's ROTC program in the 2012-13 academic year, but took last year off to improve his basketball game. Now he's back in the program, and Plumlee will complete his ROTC requirements by April 2016. He will be commissioned as an officer once he graduates.

Plumlee became interested in joining the U.S. Army when Coach Mike Krzyzewski (a former officer himself) took the team to Fort Bragg.

In October 2012, head coach Mike Krzyzewski took his Blue Devils to Fort Bragg, where the team took part in physical conditioning and hosted an open practice for troops on the base

On that trip, Plumlee spoke with Lieutenant General Robert Brown, who played for Krzyzewski's basketball team at West Point.

"[I think that trip] got Marshall interested in the Army, and serving a cause bigger than himself," Behm said.

The maximum height allowed by the U.S. Army is 80 inches, Behm said. Listed as a 7-footer on Duke's official roster, Plumlee stands four inches above that limit, but a special waiver was approved, allowing him to move forward with the contracting ceremony.

Plumlee was a four-star recruit coming out of high school and had the expectation of following his brothers Miles (Phoenix Suns) and Mason (Brooklyn Nets) to the NBA, but he's been used in a reserve role throughout his Duke career.

The 7-foot junior is averaging 2.5 points and 2.4 rebounds in nine minutes per game this season.