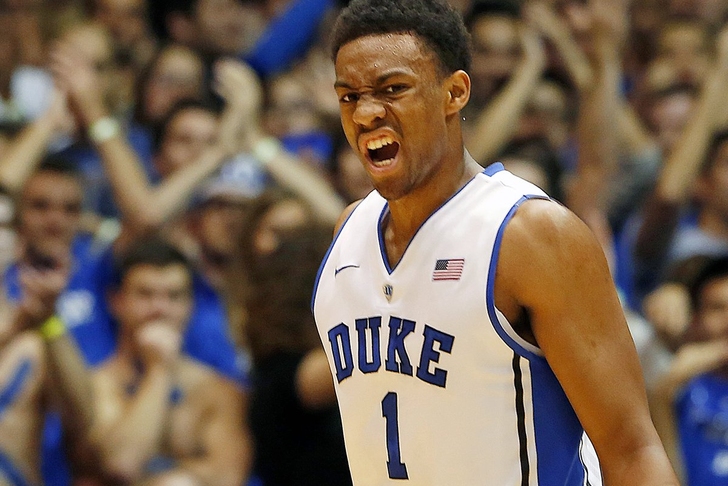 In a piece of Duke basketball news that would defy most NBA and NCAA experts expectations, sensational Duke Blue Devils freshman Jabari Parker may not be leaving for the NBA after all.

According to Chad Ford of ESPN.com, Parker is considering returning to Duke for a second collegiate season, leaving behind projections that he may be the #1 overall pick in the 2014 NBA Draft.

With a stacked draft class including Andrew Wiggins, Julius Randle, Dante Exum and  Joel Embiid, Jabari Parker may consider waiting for next year's draft class where he could stand as an even-more clear cut #1 overall pick in what may be perceived as a weaker pool of prospects.

The other part of it may be unfinished business, with Duke's shocking upset at the hands of Mercer in the second round of the 2014 NCAA Tournament.

Parker averaged 19.3 points and 8.8 rebounds for the Blue Devils in 2013-14, quickly working through growing pains to showcase the world-class talent which has garnered him so much hype from players and media alike.