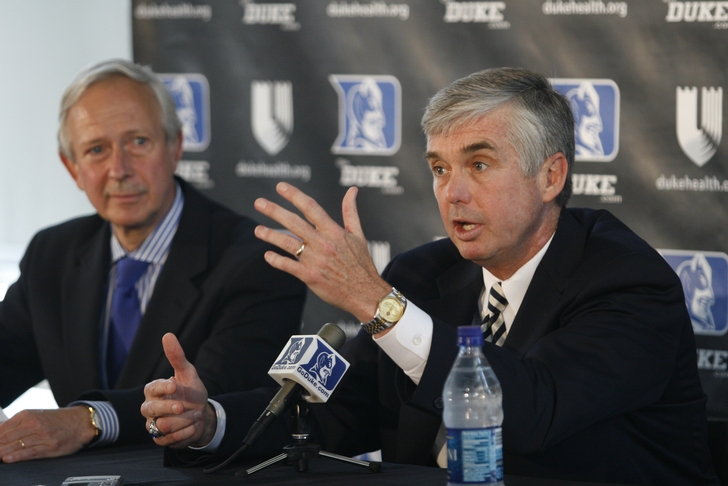 Duke Blue Devils Vice President and Director of Athletics Kevin White has been named to the NCAA Division I Men's Basketball Committee, the NCAA announced in an official press release on Thursday.

White will serve a five-year term with the committee beginning in September.

“To be sure, I am incredibly honored to become a member of the NCAA Division I Men’s Basketball Committee," White said. "This group is tasked with very important work for the membership and is ultimately responsible for managing one of the truly outstanding events in all of sport each year,” White said in the release. “Certainly, I look forward to working with my esteemed colleagues, whereby continuing to build upon the unparalleled tradition that makes the NCAA Tournament historically significant and unequivocally captures the attention of an entire nation for three weeks in March and April.”

According to committee rules, White will have to leave the room when it comes time to seed Duke on Selection Sunday. However, White will have a say in selecting the rest of the field, along with helping to determine the adminstrative infrastructure of the three-week event.