3 Reasons Why Duke Will BLOW OUT North Carolina On Wednesday 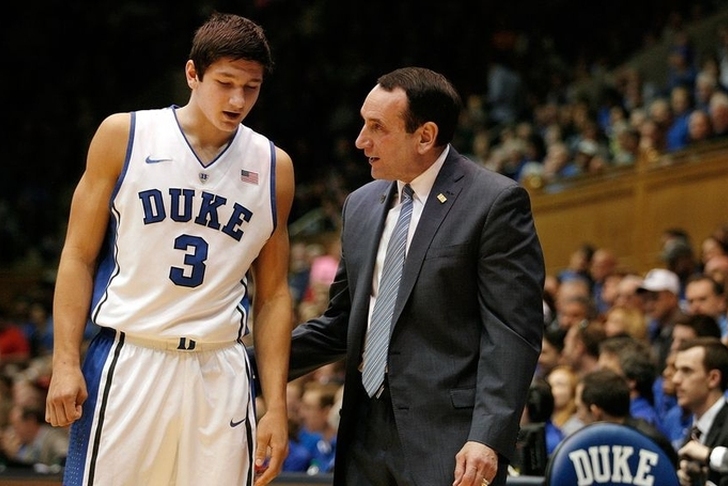 The #5 North Carolina Tar Heels are being picked by many national college basketball experts to run away from the #20 Duke Blue Devils in Chapel Hill on Wednesday, but we know better. In fact, we're taking a completely different spin on things. Here's 3 Reasons Why Duke Will BLOW OUT North Carolina On Wednesday.

1. Perimeter Shooting
Duke is going to stretch North Carolina's bigs like crazy on Wednesday night, using their decided advantage in perimeter shooting to clear out space on the slash-and-kick.

North Carolina will attempt to slow things down and force Duke to slowly cycle, but Duke has three players hitting more than 40% of their threes (Grayson Allen, Brandon Ingram, Matt Jones) and a 4th who can catch fire at any time (Derryck Thornton) -- giving them plenty of open floor to work with and plenty of firepower to play with in transition.

If the Blue Devils keep the ball moving and make the Warriors-esque extra pass or two, UNC won't be able to keep up athletically with Duke's 3-point barrage.

2. On The Other Side
The Tar Heels can't shoot, at least not from range. Derryck Thornton is the fourth-best 3-point shooter on the Duke roster at 37.3%. Nate Britt is the only Tar Heel with a better percentage from beyond the arc (37.5%) than Thornton, and he's basically the 8th man in a nine-deep rotation for Roy Williams.

People love to celebrate UNC's "depth," but they seem to forget just how off-kilter the Tar Heels' offense gets when things get even slightly disrupted inside. If Marshall Plumlee can hold ground in the paint, command the boards and stay out of foul trouble (and we think he can), UNC's going to be in a world of hurt.

3. North Carolina's Inconsistency
The Tar Heels have coasted on their length and inside potency for long stretches of the 2015-16, failing to put teams away while sometimes exhibiting questionable effort in the middle of games.

Duke has the shooters and a sky-high confidence level (after massive wins over Louisville and Virginia) to make UNC pay for their lapses, and dearly. If North Carolina starts coasts at any time on Wednesday, Duke's going to blitz them and turn this one into a shocking laugher.