3 Reasons Why Duke Is GUARANTEED To Beat Miami This Weekend 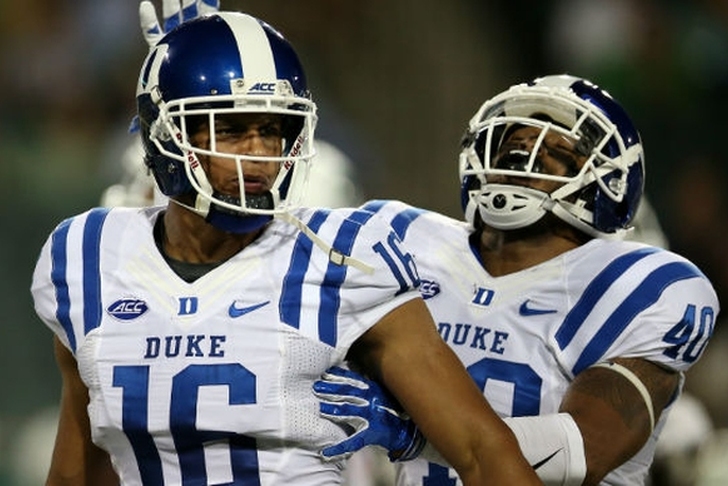 The Duke Blue Devils are undefeated in the ACC, and they'll look to keep that streak alive this weekend against a Miami team that just fired their head coach in Al Golden. Here are three reasons why Duke will beat the 'Canes on Saturday:

3) Duke is as hot as anyone

Head coach David Cutcliffe's squad outlasted a tough Virginia Tech team in Blacksburg in four overtimes, using a stout defensive effort and strong running game to control the tempo throughout. They've now won four games in a row, showing little weakness during the stretch. The Blue Devils may not have the blue chip recruits you see everywhere else, but it's clear that Duke will be playing meaningful football in late November and early December.

The Blue Devils are a decent offensive team, but they really make their mark on the defensive side of the ball. They rank ninth in the country in total defense (281.3 yards allowed per game) and sixth in points allowed per game (14.1), which keeps them in every game they play. Considering Miami is coming of a shutout (more on that in a second), don't be surprised to see Duke limit them to less than 10 points on Saturday.

1) Miami is in total disarray

The Canes were utterly annihilated on Saturday in a 58-0 home debacle against #6 Clemson that spelled the end of the Al Golden era on South Beach. Now without a coach and coming off the worst loss in program history, in which they looked totally inept on both sides of the ball, this team looks like they might not win another game this season.