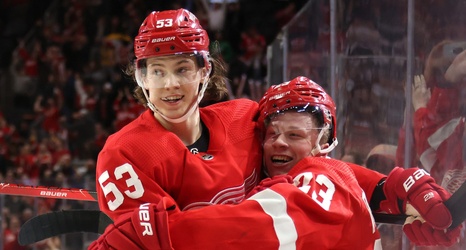 Detroit Red Wings' defenseman Moritz Seider could be the Wings' first NHL rookie of the year in nearly six decades.

Seider, Toronto Maple Leafs forward Michael Bunting and Anaheim Ducks forward Trevor Zegras were announced Wednesday as the finalists for the Calder Memorial Trophy by the league. The winners of the awards will be revealed during the conference finals and Stanley Cup Final, with exact dates, format and times to be announced.