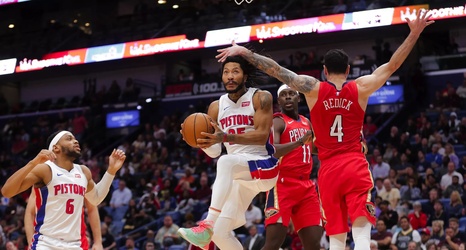 The New Orleans Pelicans came in to the game losers of eight in a row and sat 11 games under .500, while the Detroit Pistons were barely hanging around relevancy at five games below .500, winners of three of their last four. Something had to give.

Detroit would not be denied in this one, relying on Derrick Rose’s 17 fourth-quarter points and last-second heroics.

With both teams trading baskets in the closing minutes, Rose hit the game-winning fall away jump shot in the lane with the game tied at 103.