Pistons force OT, but lose a tough one to Magic to head into All-Star break 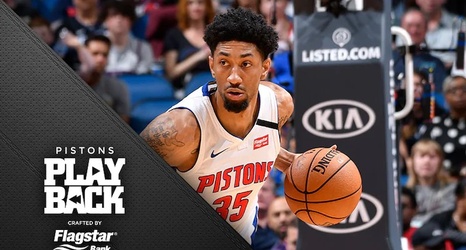 A BREAK, INDEED – The Pistons went into the All-Star break off of a crushing loss at Orlando – and a break is in order after they’ve just experienced the busiest month in the NBA. Over the final 26 days leading to their week off, the Pistons played 15 games – more than any team in the league. They did it around injuries – they played all 15 without Blake Griffin and Luke Kennard, six without Derrick Rose, three without Reggie Jackson and Tony Snell, and five without Markieff Morris and Svi Mykhailiuk – and through the trade deadline, which saw Andre Drummond leave and Brandon Knight and John Henson arrive.