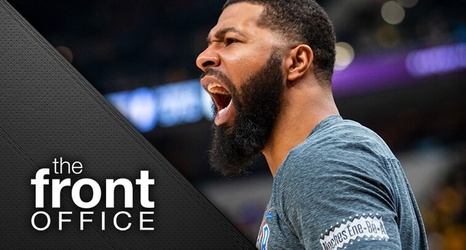 (Editor’s note: Today continues a five-part interview of Dwane Casey with two weeks until training camp opens for the 2019-20 Pistons season. He spoke with Pistons.com editor Keith Langlois last week. In Part II, Casey talks about Reggie Jackson bouncing back at mid-season last year while recovering from injury, the possibility of him playing alongside Derrick Rose, and two other free-agent acquisitions, Markieff Morris and Tim Frazier.)

KEITH LANGLOIS: The last two summers have been pretty much ruined for Reggie Jackson by coming off of serious injuries. do you expect he’ll be able to hit the ground running this year?