Can Markieff Morris give the Pistons the same energy as his twin? 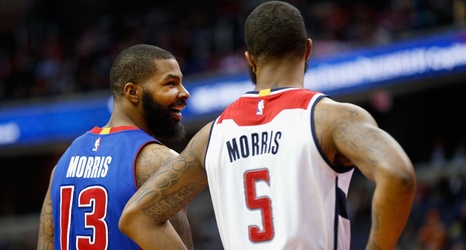 It’s the 2015 off-season. The Phoenix Suns are looking to clear cap to lure LaMarcus Aldridge. Desperate to clear cap, the Suns trade Marcus Morris and Reggie Bullock to the Detroit Pistons for a 2020 second round pick.

The Pistons got two solid starters on their roster for a second round pick. This trade split the twin brother duo of Marcus and Markieff Morris. The Pistons found their new starting small forward in the deal. While Markieff would be traded to the Washington Wizards later in the season.