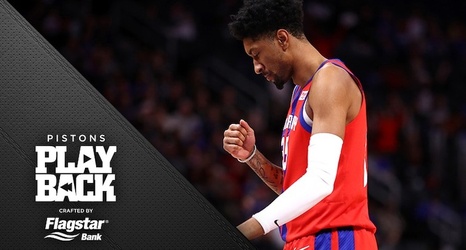 RUNAWAY WIN – The Spurs – whose 22 straight playoff appearances is tied for the NBA record – aren’t the Spurs anymore at 7-14, but the Pistons aren’t about to qualify their runaway win after suffering two last-possession losses to Charlotte last week. The Pistons led from wire to wire, but didn’t really put the game away until the last three minutes of the third quarter when a bench unit closed the quarter on a 15-2 run.