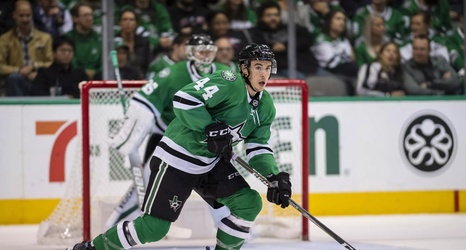 Game six is the only game in which Dallas has outshot the Flames. And yet, here we are in a game seven. Why? Because of Oettinger. And the Stars would need him to be brilliant again. That he was. Look no further than the last sequence of the second period.