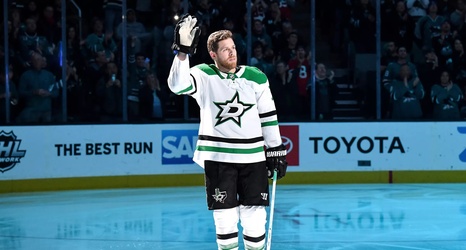 On a night when Stephen Johns was busy looking like a hockey man among hockey boys in Cedar Park, the Stars had their own business to take care of, hoping to extend their six-game winning streak against the floundering San Jose Sharks, who have had their moments this season, but most of them bad.

Unfortunately for Dallas, despite getting an early lead, the Stars never found a way to generate consistent quality, and the Sharks’ newly crowned goaltending savior (which is to say, close-to-average goalie) Aaron Dell came up big the few times they managed to get some good looks.