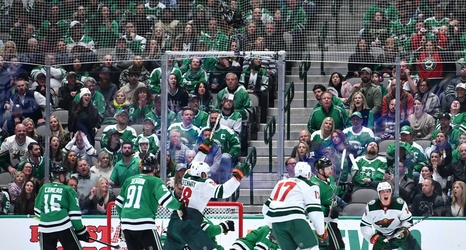 The Dallas Stars had a sour taste in their mouth heading into their matchup versus the Minnesota Wild. The last time the two teams met, before the All-Star Break, Minnesota ran Dallas out of the building to a tune of a 7-0 thrashing.

Obviously, the team wanted to have a better effort against that same opponent, especially in front of their home fans. For 59 minutes, it looked like they were at least going to be able to get a point against an opponent that’s behind them in the standings. The first period was an evenly matched, high-event affair.