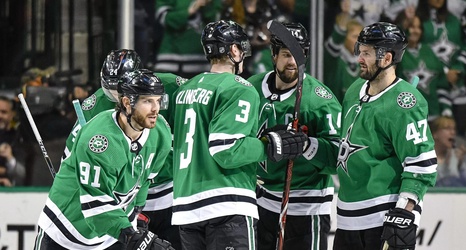 The Dallas Stars have scored two power-play goals in their past four games, which is as many as they scored in their first 10.

At this point, the power play is out-performing the Stars’ 5-on-5 work. Given their low-shooting even-strength system, it’s an advantage they can use, as Stars senior staff writer Mike Heika points out:

...[The] Stars need their power play to add that all-important half a goal per game that helps convert their stingy goals against average (second in the NHL this season at 2.44 per game) into victories. Of course, they also want to add positivity and make sure the power play doesn’t drag things down -- as it did earlier in the season during the 1-7-1 start.