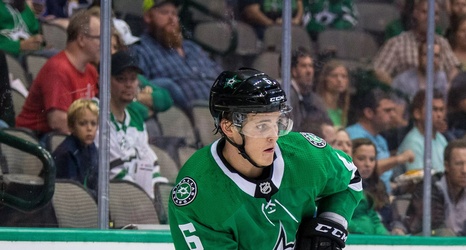 The Dallas Stars were one goal away from pulling off the upset over the Calgary Flames. Instead, the team lost 3-2 in overtime, finishing their season, leaving the team heartbroken:

“Everyone played their hearts out,” Stars coach Rick Bowness said. “As a coach, that’s all you can ask. Your players give you everything they’ve got, and I’m proud of the effort they gave. I’m proud of the way we battled. They were a better team in the regular season, and they played well [on Sunday]. Give them credit.”

Of course, Dallas never gets this far without Jake Oettinger — the Stars netminder made 64 saves last night, and finished the first round with a league leading .