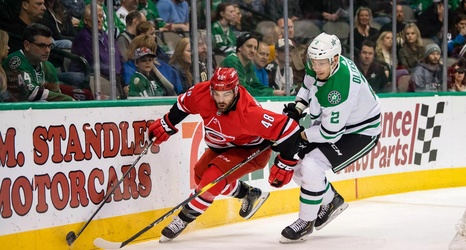 If nothing else, the last two games from the Dallas Stars are indicative of the tightrope that the team is walking and the slim margin for error that it faces each night.

Against the Minnesota Wild, Dallas received goaltending that was just slightly less than the excellence that fans have come to expect. Ben Bishop gave up a few goals that are usually saves, and what looked like a victory early on turned into a gut-wrenching defeat.

Twenty-four hours later, with a missing Alexander Radulov, that same team fought back against the reigning Stanley Cup champions — the St.