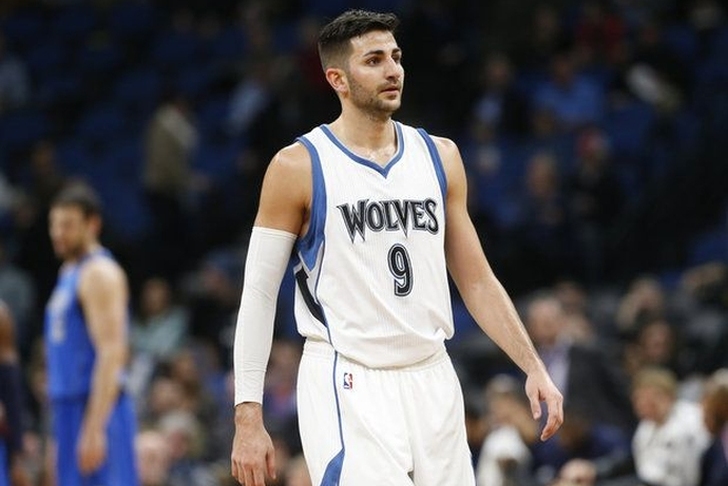 The Dallas Mavericks plan to address their need in the backcourt with the No. 9 overall pick in the upcoming NBA Draft, but that doesn't mean they've taken their eyes off the trade market.

According to Mike Fisher of 105.3 The Fan, Dallas is closely monitoring the availability of Ricky Rubio - but that doesn't mean they won't draft a point guard.

#Mavs have had in-house talks about the trade availability of #Timberwolves PG Ricky Rubio - and about drafting PG Frank Ntilikina, too.

Rubio has appeared to be on the outs in Minnesota ever since the Timberwolves drafted Kris Dunn in the top five in the 2016 draft, and they have made him available again this offseason. Dallas has expressed interest in him in the past.

Ntilikina has been linked to Dallas throughout the draft process given their need at point guard, and he's reportedly one of the names at the top of their board. His team, Strasbourg, is playing in the French League Finals, so he has not been able to work out for any teams. However, he has met with Mavs owner Mark Cuban.

Ntilikina, who was born is Belguim, has been playing professionally for that Strasbourg team since the 2014-15 season. He is averaging 5.2 points, 2.1 rebounds and 1.4 assists per game this season while shooting 48.5 percent from the floor and 43.1 percent from three-point range.