Predicting The Cowboys Record Over Their Last 5 Games 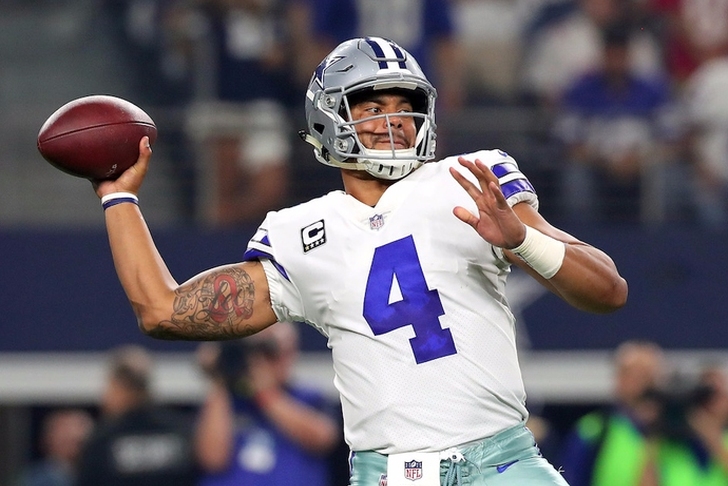 The Dallas Cowboys are entering Week 13 riding a three-game losing streak, where they have scored only 22 points during that time. The offense has struggled without Ezekiel Elliott, especially quarterback Dak Prescott who hasn't thrown for more than 180 yards and has five interceptions in his last two games. Prescott last season had only four interceptions and his ball security was a major factor in the Cowboys 13-3 record. This season is a little different for the Cowboys, they are currently sitting at 5-6, trying to climb back into the NFC playoff picture instead of cruising in with a first-round bye. The Cowboys road the next five weeks isn't an easy on and in order for them to make the playoffs, they will need to win at least four of their next five games.

Week 13 - vs. Washington Redskins
The Cowboys battled the Redskins in Week 7 where they won 33-19. Elliot carried the team on his back with 33 carries for 150 yards and two touchdowns. Elliot will not be playing in this game plus the Cowboys defense will be without defensive captain Sean Lee.  Kirk Cousins and this Redskins offense get their revenge on the road, on Thursday Night Football, Cowboys drop to 5-7.

Week 14 - @ New York Giants
If the Giants are planning on starting Geno Smith then, I would place my money on the Cowboys. The Cowboys beat the Giants in Week 1, 19-3 and I would fully expect them to beat a Giants organization that is a complete dumpster fire right now. The Cowboys sweep the Giants on the season and move to 6-7.

Week 15 - @ Oakland Raiders
The Raiders fired their defensive coordinator Ken Norton Jr. and replaced him with John Pagano in Week 12. In the Raiders first game with their new defensive coordinator, they beat the Broncos 21-14 and recorded their first interception of the season. If the Raiders defense continues to improve, I think they win this matchup at home against the Cowboys dropping them to 6-8 on the season.

Week 16 - vs. Seattle Seahawks
A home game plus the return of Elliott plus a defense that has been hampered by injuries equals a Cowboys win. The Cowboys improve to 7-8 on the season.

Week 17 - @ Philadelphia Eagles
This one is tricky since the Eagles may have home-field advantage in the playoffs clinched. This game reminds me of last season where the Cowboys played their second team offense and defense against the Eagles in Week 17 and lost.  The NFC is a close race which makes me believe the Eagles will still play for a win against their bitter rival and come out with a win dropping the Cowboys to 7-9 on the season.

With the Cowboys winning only two of their next five games, they will obviously miss the playoffs and look to rebound after a disappointing 2017 season.