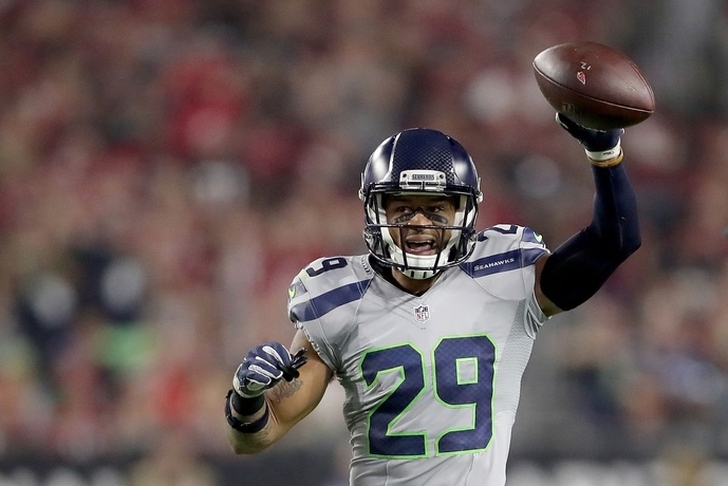 The Dallas Cowboys have expressed interested in acquiring Seattle Seahawks safety Earl Thomas this offseason, but they reportedly turned down the opportunity to land him during the draft.

According to NFL Network's Ian Rapoport (via NFL.com's Chris Wesseling), Dallas turned down Seattle's offer of the No. 50 overall pick for Thomas.

Appearing on Monday's edition of NFL Up to the Minute, NFL Network Insider Ian Rapoport reported that the Cowboys balked at the idea of surrendering their second-round pick in a potential Thomas trade.

Dallas might have pulled it off with their third-round pick "and a lot more," Rapoport added, but the staunch refusal to part with the No. 50 overall pick that turned out to be guard Connor Williams effectively scuttled the deal.

Seattle is starting a rebuild after cutting Richard Sherman and trading Michael Bennett, but are willing to discuss a long-term extension with Thomas, Rapoport says.

Following their Week 16 matchup during the 2017 season, Thomas tracked down Cowboys head coach Jason Garrett in the tunnel and told him "if you have a chance to get me, come get me," indicating his desire to play for Dallas.

He is from Texas and played for the Texas Longhorns in college, so playing for the Cowboys (his favorite team growing up) would be a homecoming for him.

Thomas had 88 tackles with two interceptions this past season.