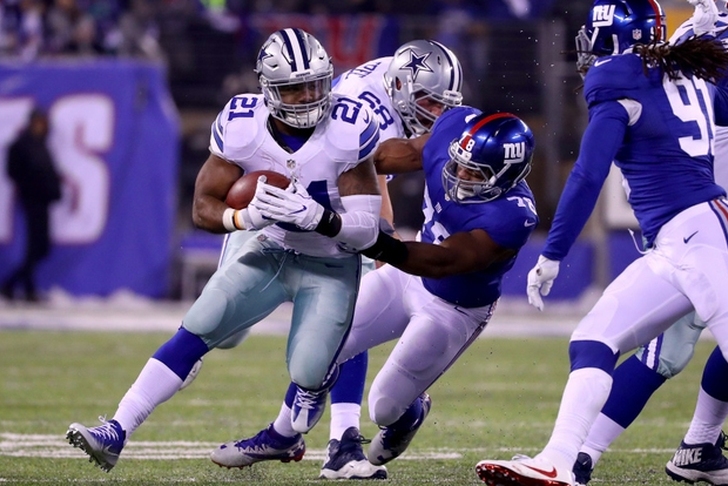 The Dallas Cowboys will open their season at home against the New York Giants on Sunday night in a battle of two NFC favorites. Star Cowboys running back Ezekiel Elliott will be available to play in the game, but Dallas will still be without a number of key players - specifically defensively - due to suspension. What factors will determine the outcome of this game? Here are three things to watch for on Sunday night:

1) Is Ezekiel Elliott ready to play?
We all know about Ezekiel Elliott's ongoing drama with the NFL, and while it seems like his status will be determined on a week-by-week basis, there remains a legitimate question as to if Elliott can leave the off-field stuff off the field and play as well as he did last year. He was rather unspectacular in his lone preseason appearance, totaling 20 yards on eight touches in the final preseason game.

Given, all of the other starters weren't playing and Elliott wasn't going full speed to avoid getting injured, but there are still concerns about him being ready to play mentally. Dallas' offense is dependent upon having a dominant rushing attack to set up their play-action passing. Will Elliott be the dominant force he was as a rookie, or will his mind be elsewhere?

2) Can Dak Prescott attack the Giants defense?
No matter what happens with Elliott, Dak Prescott and the Cowboys passing attack is supposed to be vastly improved. They showed signs of explosiveness during their only two drives of the preseason, in which Prescott was 7/8 passing for 106 yards and a touchdown - with the lone incompletion coming on a pass that was batted down at the line of scrimmage.

However, New York will be their biggest test. The Giants were the only team to beat the Cowboys in the regular season when they were playing their starters (Eagles won in Week 17 when Dallas was playing mostly backups), and they did so by stifling Prescott in particular. They're the only team that forced him to throw multiple interceptions in a game. We'll see how much progress Prescott and this group have made right off the bat.

3) Will Dallas be able to generate a pass rush?
The Cowboys drafted defensive end Taco Charlton in the first round of the draft because they wanted to upgrade their pass rush and thought they needed a "war daddy" rusher to do so. New York has one of the worst offensive lines in the entire league, particularly at the tackle positions, meaning Dallas should be able to get after Eli Manning whenever they want to.

This game won't tell you if the Cowboys defense can consistently pressure the quarterback this year, but if they can't make Manning uncomfortable, it's going to be a major cause for concern.