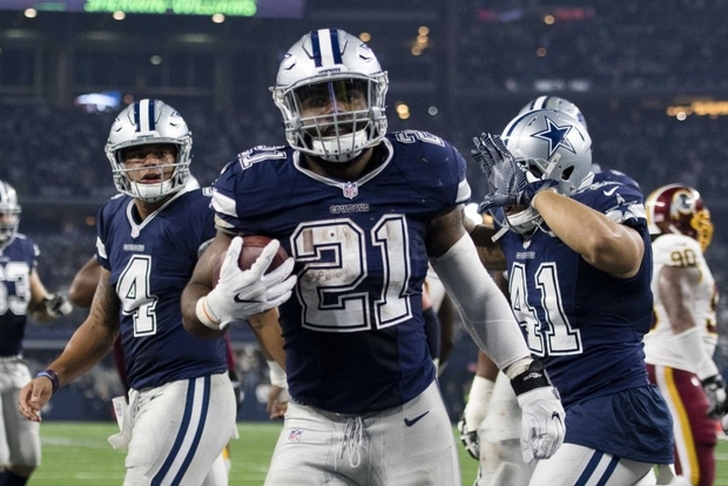 The Dallas Cowboys suffered a disappointing 42-17 loss to the Denver Broncos on Sunday, their worst defeat since 2015. Many believe the blowout loss is cause for alarm with the Cowboys, but they'll try to right the ship against the Arizona Cardinals on Monday Night Football next week.

Will they be able to? We say yes. Here are three reasons why they're guaranteed to beat the Cardinals next week:

1) Ezekiel Elliott's HUGE bounce back game
I'm sure you've seen that stats by now - Elliott only racked up eight yards on nine carries against the Broncos, including only four carries in the first half. That is such a huge deviation from what Dallas normally does that it's hard to believe Elliott will ever get that few carries again. Their offense is based on establishing the run early and using play action off of that. Dallas didn't even attempt to establish the run in Denver, going away from it way too quickly.

Not only do I expect the Cowboys to revert back to their normal gameplan, I expect them to give Elliott close to 30 carries to make up for this past weekend. And, with Elliott running mad and Arizona's defense struggling - they rank 19th in the NFL in total defense despite facing a lackluster offense against the Colts - means Elliott will have a huge game.

2) Arizona's lackluster rushing attack
On the flip side, the Cardinals don't have anyone who can scare the Cowboys on the ground. The Broncos and C.J. Anderson gashed Dallas running the ball to the tune of 178 total yards on the ground, but following David Johnson's injury, Arizona doesn't have anyone in the backfield who is a threat.

Chris Johnson, Andre Ellington, and Kerwynn Williams combined to rush for just 3.3 yards per carry against the Colts on Sunday - and the Cowboys have a better defense than Indianapolis. This is a great opportunity for Dallas to fix their rush defense.

3) Carson Palmer's struggles
Dallas' defense also made Trevor Siemian look like an All-Pro on Sunday - that's not going to happen against Carson Palmer. The 37-year-old has always thrown a lot of interceptions (something the Cowboys can capitalize on) but has now seen his play decline each of the last two years. This season, he's completing under 55 percent of his passes and has two touchdowns with four interceptions and a fumble. That's not going to scare Dallas.