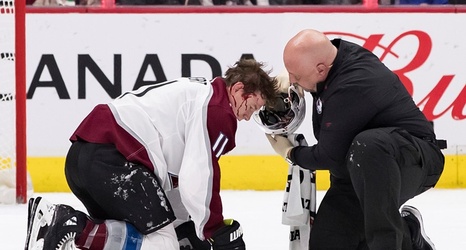 TORONTO — Matt Calvert is scheduled to return to the Avalanche lineup Wednesday knowing he probably played a key role in the future of NHL player safety.

Calvert has missed six games with a concussion — caused by inadvertently blocking a shot behind his right ear in the defensive zone Nov. 16 at Vancouver. The Canucks scored approximately 12 seconds after Elias Pettersson’s shot struck Calvert, causing a six-stitch wound and making the Avs forward incapable of gaining his skates or even crawling to the bench.

The Avs were furious that officials allowed play to continue while Calvert was bleeding from his head, and even Pettersson raised an arm in protest that Calvert’s condition was more important than scoring on what began as a 6-on-5 attack with Vancouver’s goalie on the bench for a sixth skater.