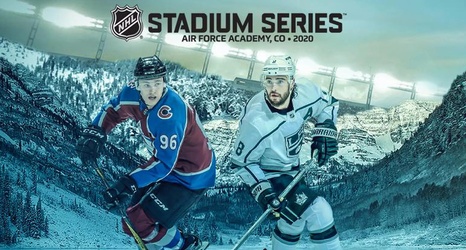 The NHL has been gradually increasing their support of the US Military institutions in the last few years, quietly ramping up their public support of military veterans and partnering with the military academies for outdoor games.

First, the NHL announced that the Washington Capitals would host the Toronto Maple Leafs at the Naval Academy in March of 2018, serving as what Military Times described as “a first-of-its-kind event for any service academy, but likely not the last”.

Now, they’ve announced the second roll-out of the stadium series partnerships, this time giving Mile High fans a chance to bust out the stars and stripes to head to Colorado’s own military institution of higher learning for an outdoor game.