Kyrie Irving Has Requested A Trade From The Cavs 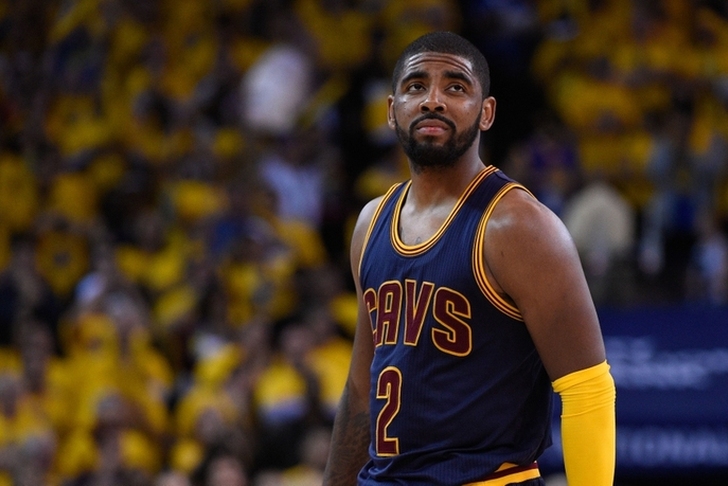 Kyrie Irving apparently doesn't want to play with the Cleveland Cavaliers anymore. The star guard requested a trade from the Cavs in a meeting last week.

"Kyrie Irving is ready to end his run with the Cleveland Cavaliers, as league sources told ESPN that the guard has asked the team to trade him," Windhorst writes. "The request came last week and was made to Cavaliers owner Dan Gilbert. Irving has expressed that he wants to go play in a situation where he can be a more focal point and no longer wants to play alongside LeBron James, sources said."

James was blindsides by the request, Windhorst reports. He and other members of the team have recently learned of Irving's trade request. James has been rumored to leave the Cavs after this season. But according to the report, James didn't inform Irving of any plans and is instead stunned.

Irving's agent only confirmed that there was a meeting with the Cavs about Irving's future. He wouldn't comment on what was said.

"Kyrie and I had a meeting with Cavs leadership where we discussed many different scenarios in reference to Kyrie and his future with the team," Irving's agent, Jeff Wechsler, told ESPN's Adrian Wojnarowski. "The basis of those discussions and what went on in those discussions are between the Cavs and us. We are respectfully going to keep those private."

Irving suggested he'd like to play for the Spurs.

Sources: In the Kyrie Irving meeting with Cavs, one of primary teams raised as a preferred trade destination for him: The San Antonio Spurs.

It appears that Irving no longer wants to play in LeBron's shadow and would rather be the top option somewhere else. Irving's request could also explain the Cavs' interest in signing Derrick Rose to a one-year deal.