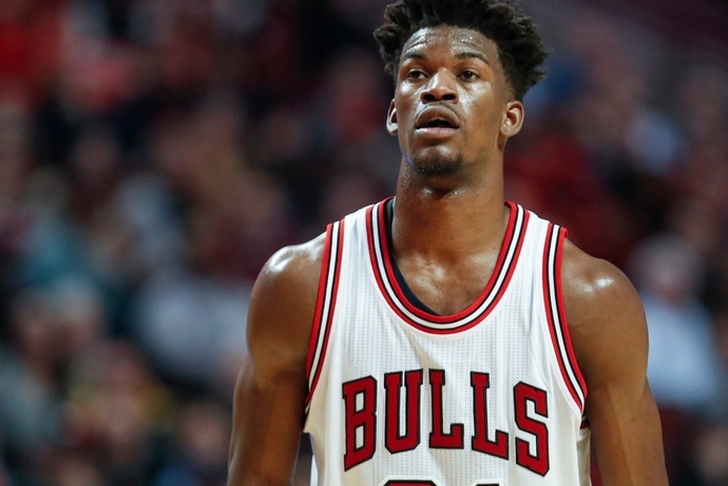 The Cleveland Cavaliers have already been linked to Paul George, but he's not the only Eastern Conference forward the team is targeting. The Cavs are also working on a way to bring Jimmy Butler of the Chicago Bulls to Cleveland.

The Cavaliers, per league sources, have been working today on assembling multi-team trade scenarios to try to acquire Chicago's Jimmy Butler

The Cavs obviously have to rope in at least one more team to provide the assets Chicago would surely demand but, sources say, are trying.

The Cavs don't have a ton of assets to use in any trade. That's why a third team would be needed in any deal. Still, the front office is doing what they can to compete with the loaded Warriors.

The Suns, flush with young players and picks, are a potential third team that could be involved.

If the Bulls do decide to trade away Butler, they should be able to get a massive haul in return. The Celtics are interested in Butler, the Timberwolves have been connected and now the Cavs have interest. The presence of the Celtics and their glut of assets would make it tougher for the Cavs to pull off a deal.

A trade for Butler would likely cost the Cavs Kevin Love, since a package centered on J.R. Smith or Tristan Thompson likely wouldn't be enough to pull off a deal.

This is a developing story, refresh for updates.