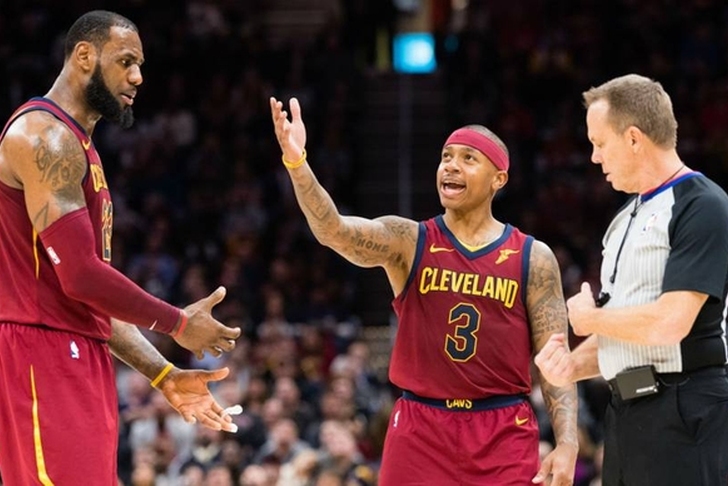 The Isaiah Thomas experiment hasn't gone as planned for the Cleveland Cavaliers this season, but with rumors that the team may deal him ahead of today's trade deadline, Thomas is hoping that he stays with the team for at least the remainder of the season.

"I'm tired of being traded," Thomas said after Cleveland's OT win over Minnesota on Wednesday. "That's not a good thing, but, I just want to be where I'm wanted. I like it here. It hasn't been as planned, but I definitely want to be here. We definitely have a real chance to win an NBA championship and I want to be a part of that."

Thomas missed the first half of the season with a hip injury he suffered while with the Boston Celtics last season, and he has struggled to fit in with the team on the court since his return.

The Cavs are just 6-7 in games that Thomas has played in, and he has drawn plenty of criticism for his defensive limitations and outspoken antics and criticism of the locker room.

Because of that, his pending free agency, and perceived trade value, he is thought to be Cleveland's most movable asset. The biggest rumor involving Thomas involves him being the headliner of a package that would be sent to the Charlotte Hornets for Kemba Walker.