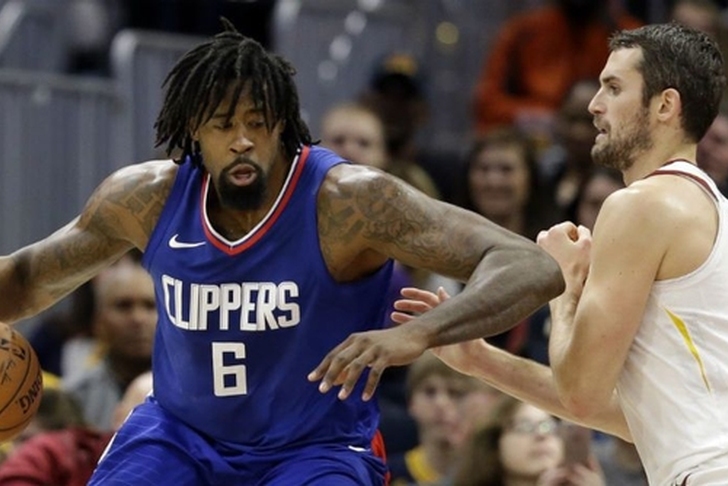 The Cleveland Cavaliers have been more engaged in trade talks that perhaps any other team in the league, leading us to believe that the Cavs could pull off a flurry of moves before the Feb. 8 deadline. They're looking to improve their roster to keep pace and hopefully put themselves ahead of the other title contenders and appear to be going after Los Angeles Clippers center DeAndre Jordan. However, there are plenty of others potential deals Cleveland is exploring. Here are the latest Cavs trade rumors you need to know:

Cavs a favorite to land DeAndre Jordan
The  Cleveland Cavaliers have been at the forefront of trade discussions for DeAndre Jordan and continue to be one of the two favorites to land him along with the Milwaukee Bucks, according to Mitch Lawrence of the Sporting News.

Cavs unwilling to part with Brooklyn pick for Jordan
However, while the Cavs really hope to acquire DeAndre Jordan, they won't send the Brooklyn Nets' first-round pick to the Clippers as part of the deal, according to Terry Pluto of the Plain Dealer.

Cleveland is currently in 3rd place in the Eastern Conference with a 30-20 record.

Cleveland also shopping J.R. Smith
Cleveland has placed a number of players on the trade block, namely Tristan Thompson, Iman Shumpert, and Channing Frye, but they are have also been gauging interest in J.R. Smith, according to Pluto.

Smith is averaging 7.9 points on just 37.7 percent shooting, including 34.7 percent from three-point range - which would be his lowest percentage since the 2009-10 season.