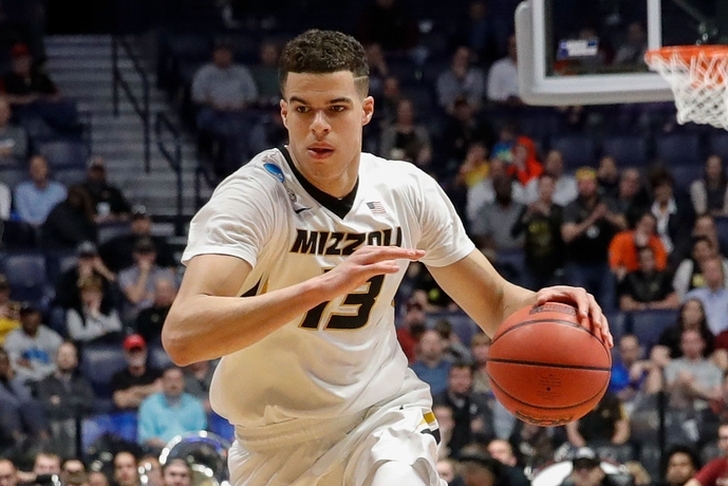 The Cleveland Cavaliers are hoping to take a potential franchise player with the No. 8 overall pick in the NBA Draft - someone who can either complement LeBron James or serve as the franchise cornerstone if he leaves.

Among the players the Cavs have interviewed at the NBA Combine this week is Michael Porter Jr., who is projected to be a top 10 pick and could be available when Cleveland picks.

Michael Porter Jr. said he's interviewed with the Knicks, Mavericks, 76ers, Suns, Cavaliers, Hawks, Grizzlies, Rockets and Clippers & is scheduled to interview with the Kings, Hornets, Thunder & Celtics tomorrow. He isn't scheduled to meet with the Magic this week.

Porter was in the running for the No. 1 pick in the draft before he suffered a hip injury that required back surgery and ended his season before it really started.

The possibility of getting a player with that potential at No. 8 is something that really intrigues the Cavs, according to Chris Stone of the Sporting News.

Porter could function either as an understudy to James should he stay with the Cavaliers, or he could be the team’s next centerpiece. Alongside James, Porter’s outside shooting and secondary playmaking would shine. On his own, the 19-year-old would need to develop into a primary scorer, which is what most expected him to be coming out of high school before a back injury derailed his freshman season.

Porter averaged 10.0 points and 6.7 rebounds in three appearances for Missouri. The Cavs are projected to draft Porter in our post-lottery mock draft.