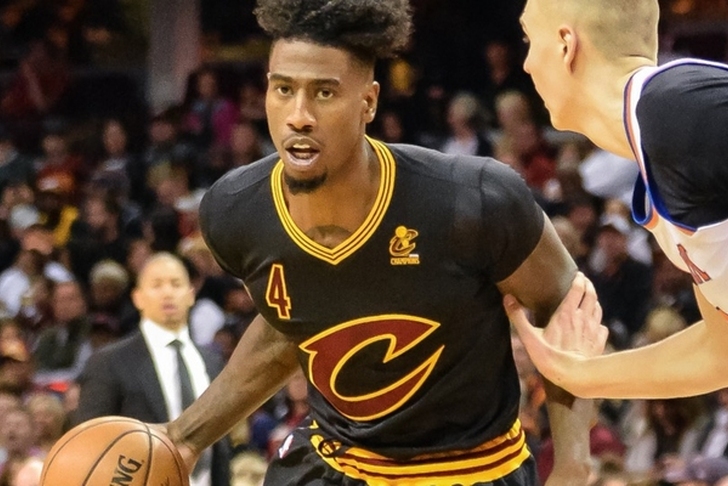 Kyrie Irving's trade request and the deal that sent him to the Boston Celtics has been the biggest story of the offseason, but he wasn't the only player who requested a trade from the Cleveland Cavaliers.

According to ESPN's Dave McMenamin, Iman Shumpert asked to be dealt after the season and the team remains motivated to move him.

Lost in the attention surrounding Irving’s trade request is that Iman Shumpert also requested a trade after the season, multiple sources told ESPN. Cleveland was in talks to trade Shumpert and his $10.3 million contract to Minnesota or Houston, but both deals fell apart. Logic would tell you that the Cavs will remain motivated to find a team to take Shumpert.

Shumpert was very excited about joining the Cavs, saying the team "grabbed me out of hell" by acquiring him from the New York Knicks. They even gave him a four-year, $40 million deal following the 2014-15 season. However, his role with the team has changed drastically.

Originally brought in to start alongside Kyrie Irving in the backcourt, Shumpert was demoted to a bench role behind JR Smith and his seen his role reduced even more following the acquisition of Kyle Korver. It figures to go down again after Cleveland received Jae Crowder from the Celtics in the Kyrie Irving deal.

The team also reportedly has off-court concerns about Shumpert, who was arrested on suspicion of DUI and was cited for marijuana possession prior to last season.

He is slated to made just over $10.3 million this season with an $11 million player option for the 2018-19 season, which he is expected to decline if he is not traded. Shumpert averaged 7.5 points and 2.9 rebounds in 25.5 minutes per game last season.

Follow our Cleveland Cavaliers team page for all the latest Cavs rumors!