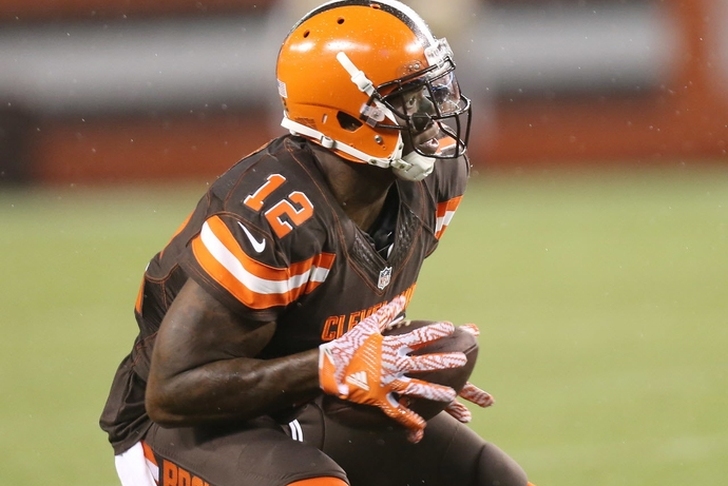 Cleveland Browns wide receiver Josh Gordon has been reinstated to the league on a conditional basis, the NFL announced today.

Commissioner Roger Goodell notified Josh Gordon of the Cleveland Browns today that he will be reinstated to the NFL on a conditional basis.

“As emphasized at today’s meeting, everyone – including Josh’s teammates and coaches, the Browns’ ownership and organization, the Program professionals and all of us at the league office want him to have every opportunity to resume his career and to be successful in the NFL,” said Goodell. “Whether that happens, however, at the end of the day will depend on Josh. His commitment to sobriety and to reaching his goals in football and beyond will determine his success. It ultimately is up to Josh.”

Gordon will be able to practice with the team starting on Nov. 20, and can be added to the active roster on Nov. 27. From there, the Browns have until Dec. 4 to decide if they will keep him or release him.

If Cleveland decides to activate him on Nov. 27, Gordon will be able to make his return to the NFL on Dec. 3 against the Los Angeles Chargers. If they wait until Dec. 4, Gordon's return will be on Dec. 10 at home against the Green Bay Packers.

The Browns close the season with games against the Baltimore Ravens, Chicago Bears, and Pittsburgh Steelers.

Gordon was given a year-long suspension that caused him to miss the 2015 season for violating the league's substance abuse policy. He was set reinstated in 2016 as long as he served a four-game suspension, but Gordon opted to enter a rehab facility instead. His petition for reinstatement was previously denied in May.