Yahoo Has The Browns Playing The Steelers 8 Times This Year...And Losing To Themselves 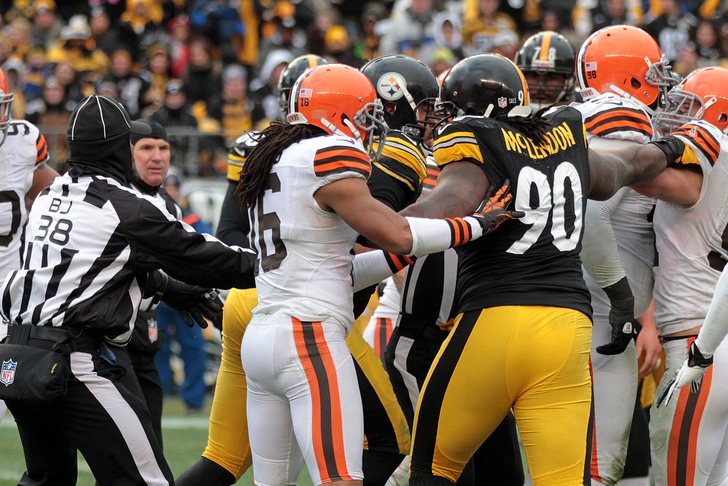 The Cleveland Browns are 3-2 so far in 2014 with impressive victories over the New Orleans Saints, Tennessee Titans, and Pittsburgh Steelers to their credit.

However, if Yahoo Sports is to be believed, the Browns are actually 3-3 with one of those losses coming against themselves in a brutal 31-10 blowout last Sunday.

Oh yeah...and the Browns are slated to face the Steelers six more times, including three games in a row starting on Monday.. A schedule like that could lead to a full-scale war between the Browns and Steelers fan bases. Any thoughts, Commissioner Goodell?

Thanks for nothing, Roger.