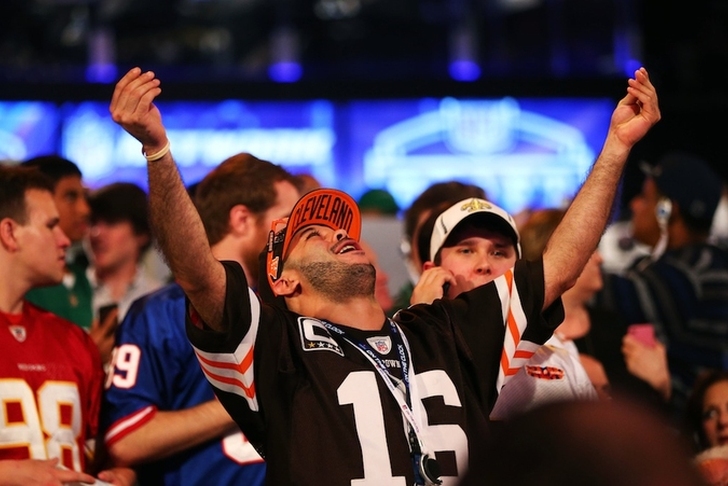 1.) Quarterback
No surprise the Browns' top priority this offseason will be getting a quarterback in the NFL Draft. Over the last 10 seasons, the Browns have started 18 different quarterbacks. The situation is so bad that UCLA QB Josh Rosen is hesitant in declaring for the draft if the Browns consider taking him. This season, the Browns rank 26th in passing yards (2,778), 28th in passing touchdowns (13), and last in interceptions (25).

The Browns didn't draft a quarterback in the first round last season because of the QBs in this class. However, they did draft Notre Dame quarterback DeShone Kizer in the second round - but Kizer hasn't looked good, throwing for an NFL-high 19 interceptions with only nine passing touchdowns.

2.) Cornerback
Cleveland's defense has played much better than expected this season, but they lack talent at cornerback. Since veteran cornerback Joe Haden was released, the Browns have been lacking depth at the position. If the Browns can improve their secondary and allow last year's first overall pick Myles Garret to get after the quarterback, the Browns might actually win a game.

3.) Running Back
Cleveland's offensive line hasn't been as good as advertised entering the season. With that being said, their running backs haven't been promising, either. Starting running back Isiah Crowell has 788 rushing yards and two touchdowns this season but has been very inconsistent. Backup running back Duke Johnson has yet to prove that he can be more than a receiving running back in his career. The best way to take pressure off a young quarterback is a solid running game, which is why the Browns need to consider drafting a running back early.