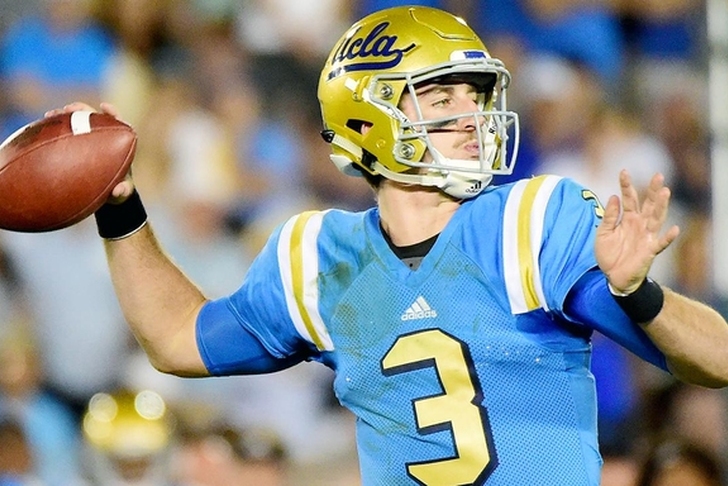 The possible first overall pick in the 2018 NFL Draft is UCLA Bruins quarterback Josh Rosen, however, he may stay at UCLA if he knew the Cleveland Browns were going to pick him. According to ESPN's Adam Schefter, Rosen prefers to play for the New York Giants and would be "hesitant to come out in next year's NFL draft" if the Browns pursue him with the first overall pick. The Giants currently have the second overall pick in the 2018 NFL Draft due to their 2-12 record.

This isn't the first time a player has expressed concern about playing for the Browns and it won't be the last. The Browns have one win in the last two seasons combined and still are looking for their first win this season. Over the last 10 seasons, the Browns went through 18 different quarterbacks, so it is understandable that Rosen doesn't want to be the 19th.

Rosen will sit down with his parents after the Cactus Bowl on December 26th and have a "serious conversation" before his final decision on whether or not he will declare for the NFL Draft. Schefter reports, if the Browns have the first overall pick this may influence his decision. The winless Browns can secure the top overall pick in the 2018 NFL Draft with a loss to the Chicago Bears on Sunday.

In his Junior year at UCLA, Rosen passed for 3,756 yards, 26 touchdowns, and 10 interceptions. ESPN analysts Todd McShay and Mel Kiper have Rosen as the top-rated draft-eligible quarterback. McShay has Rosen going No. 1 overall in his Top 32.