Ranking The 5 Toughest Games On Clemson's Football Schedule In 2018 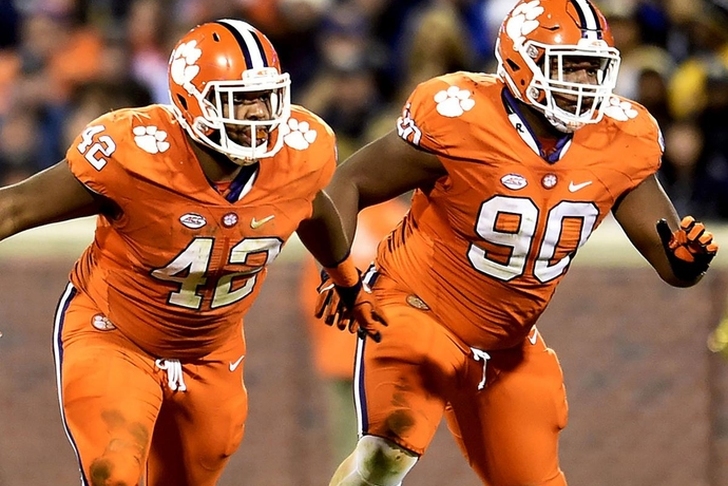 College football is unique in that a single loss could mean the difference between a conference championship appearance (or the ultimate regular-season goal, a College Football Playoff spot) and ending up in an average bowl game. The Clemson Tigers have successfully navigated that schedule over the past few years, but can they do the same this year?

If the Tigers want to reach their goal of winning another national title, they need to win some of the most challenging games on their 2018 schedule. Those games won't be easy, but they are of vital importance to Clemson's playoff hopes. With that in mind, here are Clemson's five toughest games in 2018.

5) vs. Louisville Cardinals - Nov. 3rd
Had this game been last season and Lamar Jackson was still at Louisville, this game would easily be No. 1 on our list. However, the Cardinals will likely be rebuilding and going up against Clemson's juggernaut - in Death Valley, no less.

4) vs. NC State Wolfpack - Oct. 20th
NC State had a breakout season last year and return one of the better quarterbacks in the country in Ryan Finley. They also have a history of playing Clemson close. However, they're replacing most of their other impact players and should take a step back in 2018. Clemson will have the talent advantage at virtually every position.

3) vs. South Carolina Gamecocks - Nov. 24th
South Carolina virtually all of their production from last year's team and they have a budding star in quarterback Jake Bentley. Yet, as we saw last year and the year before that, the Gamecocks still have a long way to go before they can match Clemson's talent level.

2) at Texas A&M Aggies - Sept. 8th
Texas A&M will give Clemson a tough test and with former Florida State head coach Jimbo Fisher taking over the program, it should only be a matter of time until the Aggies are relevant on the national stage again. However, this is still one Clemson will be the heavy favorite to win.

1) at Florida State Seminoles - Oct. 27th
While FSU is coming off one of its most disappointing seasons ever, this is still the game of the year in the ACC. Deondre Francois should be back and new head coach Willie Taggart will have established a firm grasp on this talented team by this point in the year. Clemson is still the heavy favorite in this one but it will be the toughest road game they'll play all season long.