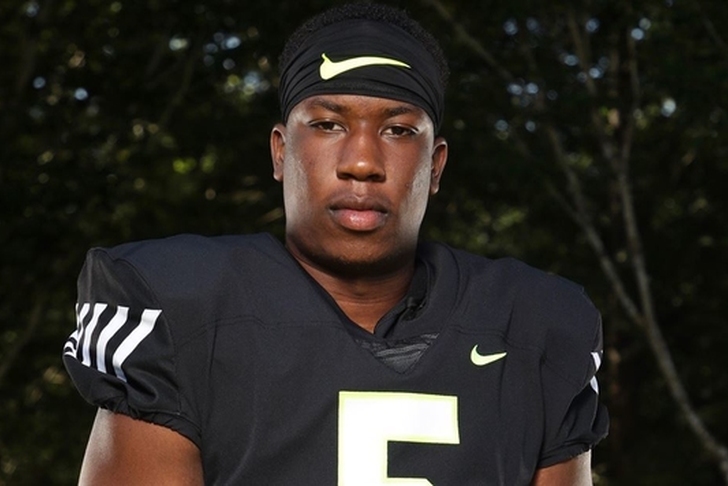 The Clemson Tigers earned the No. 1 overall seed in the College Football Playoff and with all the news and rumors surrounding their rematch with Alabama, it is a fun time to be a Clemson fan. However, there's also the Early Signing Day period of December 20th to the 22nd for Clemson to concentrate on. Here are the top recruiting rumors surrounding Clemson football that you can't miss.

Will KJ Henry Choose Clemson?
K.J. Henry of Clemmons, N.C. is the eighth best recruit in the country and he is planning on making a decision this week on which college he will attend. The top choices for him are Clemson, South Carolina, Virginia Tech, Georgia, and Alabama.

Henry's motor never seems to run out, which is a great combination with his raw athletic frame. He needs to add some weight, but his upside is tremendous. Clemson, South Carolina, and Georgia seem to be a cut above the other finalists, and even though he hasn't made a commitment yet, it seems like Clemson is the favorite.

He announces Wednesday at around 4:20 p.m. ET on ESPNU.

Clemson Using Science
Since the beginning of the 2017 football season, about 35 members of the Clemson football team have been involved in a sleep study to analyze how their rest at night correlates with their daily performance in team meetings and on the practice field.

Wide receiver Hunter Renfrow pulled out his iPhone, scrolled through his apps, then found the one he was looking for. He clicked on an app called “Rise” and within seconds a plethora of detailed information about his sleep habits lit up the screen.

Rise co-founder and CEO Jeff Kahn explained why the Tigers are using this:

"We know how important it is and coach Swinney knows how important this is. “There is no magic potion. This isn’t about new pillows, you don’t need a new mattress. This is about getting the amount of sleep you need and we need to help you get that each night. That’s what the science shows.”

The study seems to be working for the Tigers as they are the number one team in college football.

Dabo Swinney Reacts To Clemson Assistants New Jobs
Dabo Swinney had two former assistants that worked with him at Clemson land head coaching jobs in the past couple of weeks. When Swinney was asked today how he felt about his former coaches landing new jobs he said.

Follow our Clemson Tigers team page for all the latest Clemson football news!