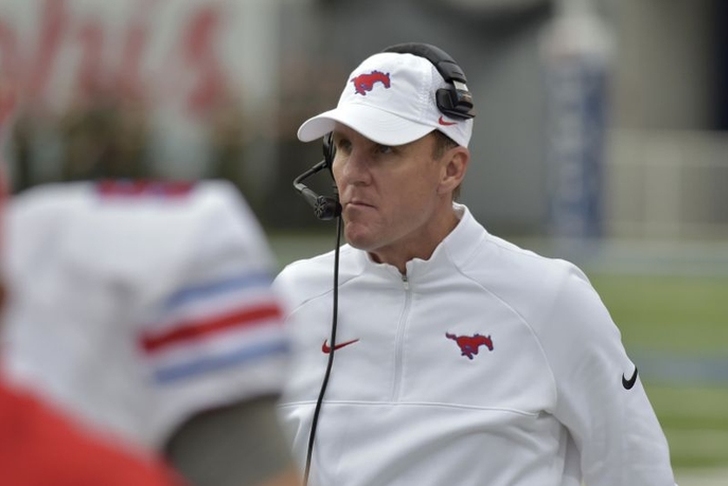 The Arkansas Razorbacks have agreed to hire SMU head football coach Chad Morris to the same position, according to ESPN's Chris Low.

Arkansas and Chad Morris agree to a deal, and the Hogs plan to annnounce him as head coach later Wednesday, sources tell ESPN.

Morris took the SMU job in 2015 after spending four seasons as Clemson's offensive coordinator and saw Mustangs' record steadily increase since he was hired. Their record was 2-10 his first year, 5-7 in 2016, and went 7-5 this past year.

That record improvement turned heads and put Morris in the national spotlight as a candidate for several top jobs this offseason before the Razorbacks snatched him up.

Though he doesn't have any ties to Arkansas, Morris spent 16 season as a high school coach in Texas along with his three years at SMU, which Arkansas hopes will help them reel in several top recruits from Texas.

Morris is replacing Bret Bielema, who was fired after posting a 29-34 record in five seasons with a Razorbacks, including a measly 11-29 mark in SEC play. He never won more than eight games in a season and only had a winning conference record one time.