Will Trey Hendrickson thrive or struggle as Bengals’ top pass-rusher? 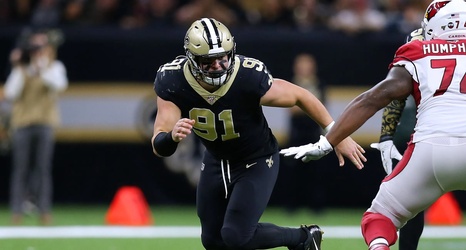 Tyler Dragon of the Cincinnati Enquirer joined us to talk about the Cincinnati Bengals’ offseason moves, among other things. He noted that Zac Taylor told him the team prioritized upgrading the defensive and offensive lines. Have they done so? Dragon says that’s “debatable.”

Dragon began by discussing Trey Hendrickson, who had 13.5 sacks last year. But, Dragon argues, that doesn’t tell the whole story.

“Trey Hendrickson, I think that he is a good pass rusher, but last year was his only pretty good year,” Dragon said. “And he wasn’t the best pass rusher on that team.