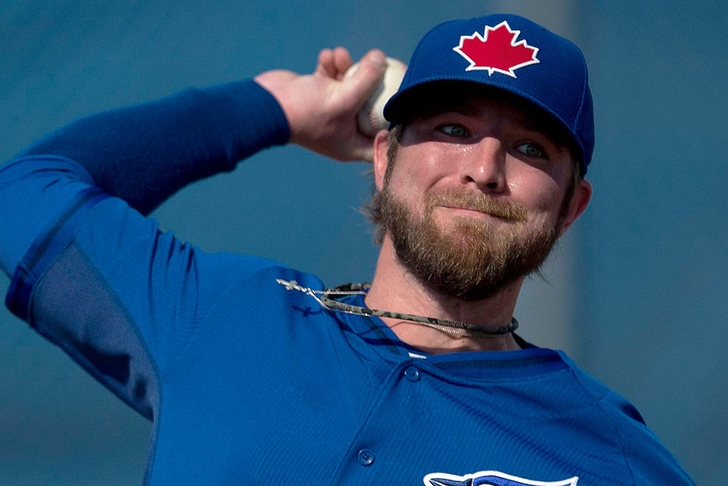 After being dropped from the Toronto Blue Jays' 40-man roster, right-handed pitcher Kyle Drabek has found a new home with the Chicago White Sox.

The White Sox claimed Drabek off of waivers on Friday, adding some depth to the team's pitching ranks with Spring Training winding down.

Here's Hardball Talk's Aaron Gleeman with his analysis of the move:

Drabek was once a top prospect and the Blue Jays acquired him from the Phillies in the Roy Halladay trade. However, injuries have derailed his career and Drabek is now 27 years old with just five total innings in the majors since 2013 and a 5.25 ERA at Triple-A.

He could find a home as a middle reliever.

The team's bullpen is far from set when it comes to the middle innings, so Drabek very well could carve himself a niche with a solid start to his tenure.