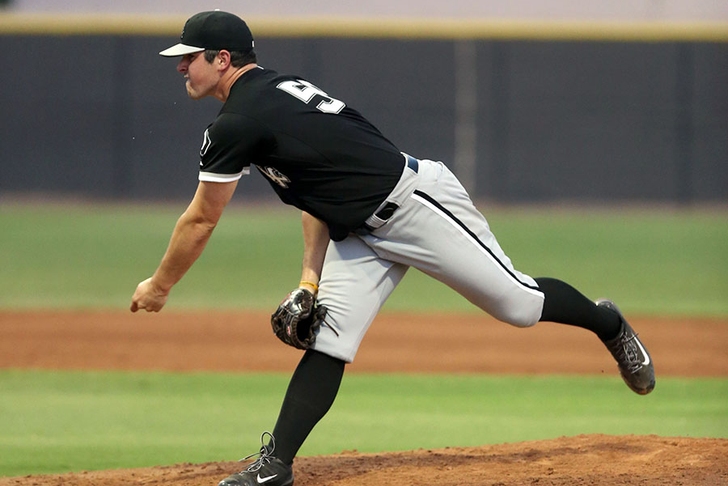 Chicago White Sox rookie lefty Carlos Rodon came out of the bullpen to make his first major-league start on Saturday in the second game of a doubleheader.

Per Colleen Kane of the Chicago Tribune, it's possible he'll remain in the rotation over veteran Hector Noesi for the time being:

White Sox right-hander Hector Noesi was available out of the bullpen Monday against the Brewers, but manager Robin Ventura wasn't ready to reveal whether Noesi will be a starter or reliever in a three-game series this weekend in Oakland.

Noesi took a line drive off his hip and lower back on Saturday, but says he's feeling fine.

"Right now I feel OK, but at that moment it felt really tight," Noesi said of his back. "I've been through that a few times. It's a really scary moment."

However, manager Robin Ventura is still weighing his options regardless, with no starter named as of yet for the open slot against Oakland this coming weekend.